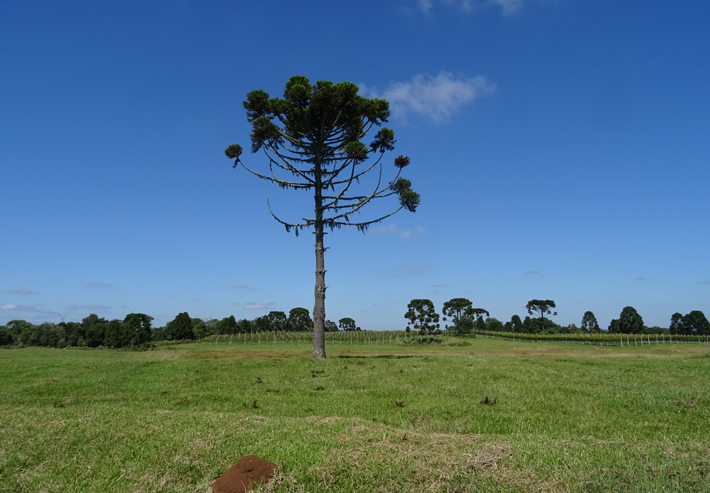 When the hardy evergreen trees of the Araucaria genus were first shipped from Australia and South America to the gardens of nineteenth-century Europe, they were dubbed “monkey puzzle” trees because of the challenge their needle-like leaves were said to pose to monkeys that attempted to climb them. University of Exeter archaeologist Mark Robinson and a team of ecologists recently discovered that the human relationship with these trees is a long and intimate one, dating back some 1,400 years. By studying carbon isotopes from archaeological sites in southern Brazil, Robinson’s team found that Araucaria forests began to expand well beyond their natural habitat at the same time the ancestors of today’s indigenous groups experienced a growth in population. Researchers could isolate no environmental explanation for the expansion, and concluded that ancient forestry practices were most likely responsible for the massive growth of the Araucaria forests.

These trees are still a critical source of timber, fuel, and edible seeds for indigenous people and play a central role in their cosmology. “They are often considered to embody ancestors,” says Robinson. Today, because of modern logging, there has been a 95 percent reduction in the range of Araucaria species, and most are now endangered. Robinson notes that since their ancestors played such a critical role in the growth of monkey puzzle forests in the ancient past, native peoples should be permitted to play a larger role in conservation efforts.