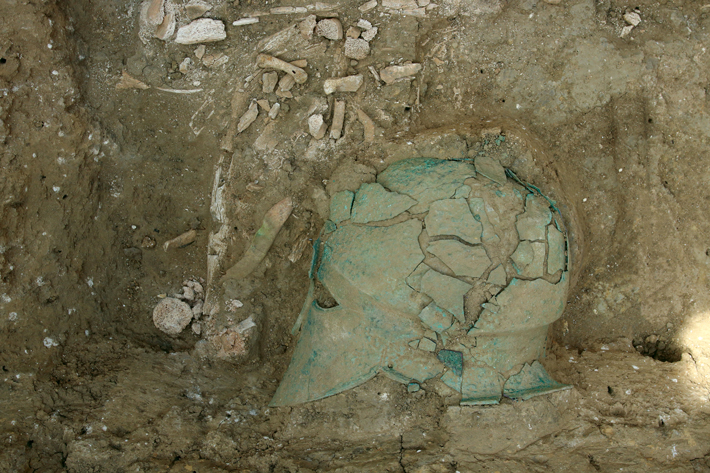 Archaeologists have discovered a bronze Corinthian helmet in the burial of several fifth-century B.C. Greek warriors in southwestern Russia. This type of helmet, which completely covers the head and neck, is depicted on iconic statues of such figures as the Athenian statesman Pericles and the goddess Athena, but is rarely found during modern excavations. The recently unearthed example was uncovered at a necropolis on the Taman Peninsula, which, together with parts of Crimea, formed the territory of the Bosporan Kingdom, a Greek state that was founded around 480 B.C. 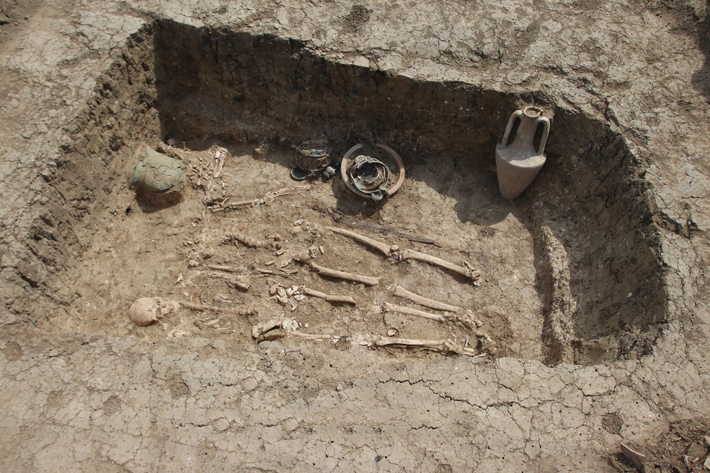 In addition to the helmet, the burial also included the men’s weapons, as well as an amphora and other ceramics. Bridled horses were interred nearby, suggesting that the warriors may have been cavalrymen. Roman Mimokhod of the Russian Academy of Sciences, who leads the excavations at the site, speculates that the warriors all fell during the same battle, perhaps during a conflict with one of the nearby nomadic tribes. But the men’s lives were evidently not completely consumed by warfare. Mimokhod’s team found that one of the warriors was buried with his harp.