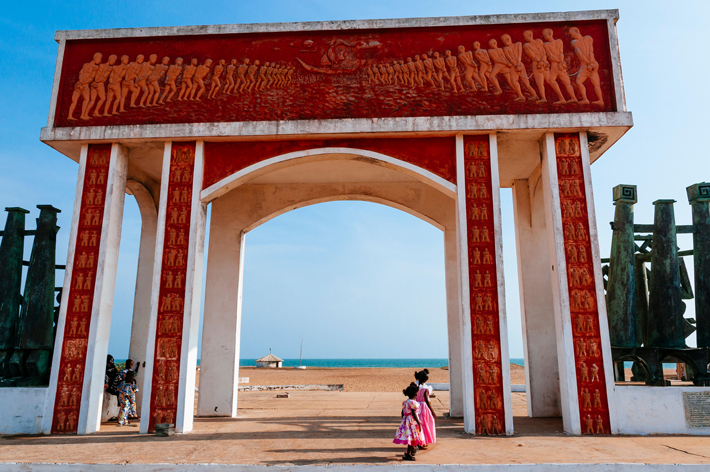 A two-mile-long dirt road through Benin’s coastal town of Ouidah leads to the Door of No Return, a monument to some one million enslaved people forced there onto boats bound for European colonies in North America, South America, and the Caribbean. It runs the short distance from the market square, where slaves were sold, to the Atlantic Ocean, where the Middle Passage began. When Europeans first arrived in the late fifteenth century, Ouidah—then known as Gléwé—was the port of the local Hueda Kingdom, which gives the modern town its name. Early explorers and missionaries were soon joined by traders, who established forts and began purchasing slaves from Hueda rulers. By the end of the seventeenth century, some 10,000 enslaved individuals left Ouidah every year. The town was one of the busiest hubs in the maritime world. Ouidah also became a nexus for goods and cultural practices from Europe all the way to the Indian Ocean. This mélange of influences grew into new traditions, too, such as syncretic forms of Vodun, or Voodoo, of which Ouidah remains a major center. The neighboring Dahomey Kingdom invaded in 1727 and, apart from a period of French colonial rule in the twentieth century, the town has remained part of Dahomey, now the Republic of Benin. Ouidah today is not only a pilgrimage site for devotees of Vodun and a powerful memorial to Africans taken from their homelands, but also a celebration of diaspora communities formed by their descendants around the world. 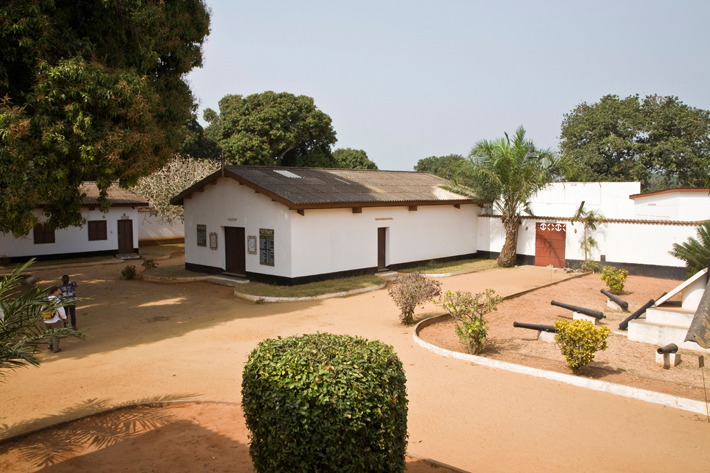 Begin at the Ouidah Museum of History, housed in a Portuguese fort built in 1721. Exhibits interpret the lives of Huedans before European arrival, provide an overview of the transatlantic slave trade, and display archaeological artifacts recovered in the area. Visitors should then walk or take a taxi to the Sacred Forest of Kpassè Zoun, a park devoted to Vodun deities said to contain the remains of King Kpassè, founder of Ouidah. End your tour at the Door of No Return on Ouidah Beach, where large middens full of broken clay pipes, wine bottles, and ceramics abandoned by traders can still be seen. “The middens might be the most poignant reminders of the slave trade visible in Ouidah,” says Neil Norman, an archaeologist at the College of William and Mary who has conducted extensive excavations in the area. “They represent just a tiny fraction of material that was imported so human beings could go the other way.”

Hire a car to take you 45 minutes down the coast to the region’s big city, Cotonou, which also is a good place to stay. While there, explore the Dantokpa Market, which is said to be the largest open-air market in West Africa. You can then hit the beach or visit the Fondation Zinsou, a museum and cultural foundation established in 2005 that specializes in contemporary African art.