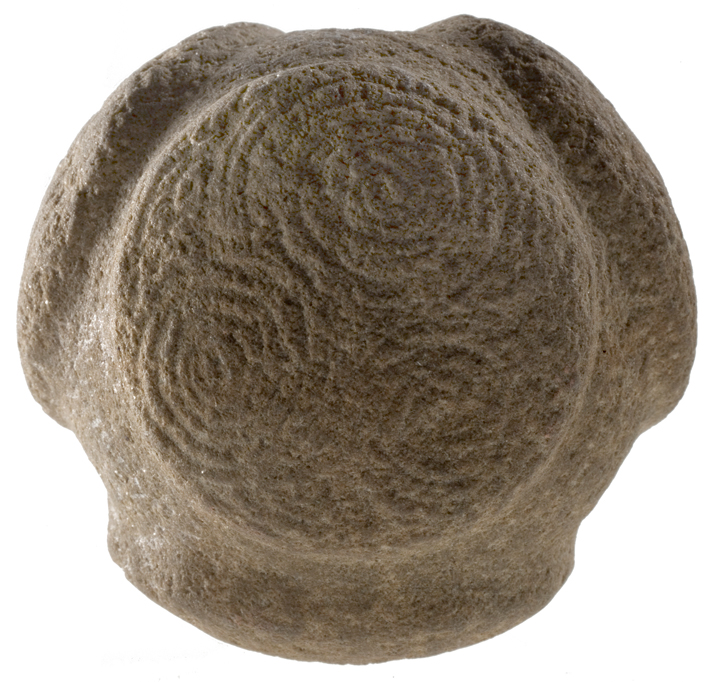 Intricately carved stone balls of unknown purpose, which date to the third millennium B.C. and have been discovered throughout the British Isles—though most frequently in northeast Scotland—continue to beguile scholars. National Museums Scotland houses the greatest number of these objects, and has recently built interactive 3-D models of several using photogrammetry. “In some cases details not apparent to the naked eye are revealed,” explains Hugo Anderson-Whymark, the National Museums Scotland curator who created the models. “For example, on one ball I identified fine concentric circles that have never been observed before.” Several theories have been put forward over the years about what the balls were for, though Anderson-Whymark believes that those postulating use in battle or in ritual contexts are among the most plausible. “For at least some of these artifacts,” Anderson-Whymark observes, “it’s likely they were deployed as symbolic or ceremonial weapons that indicated the status and authority of their holder.” To see 3-D models of many of these artifacts, click here.