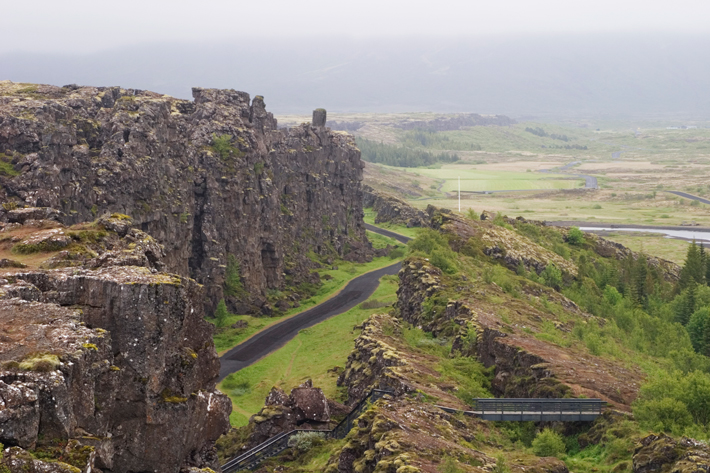 Thingvellir National Park, just under 30 miles northeast of Reykjavik, may accurately be described as the birthplace of the Icelandic nation. Situated on a boundary of tectonic plates, the 35-square-mile park is a patchwork of highlands, fertile fields, and rifts filled with crystal-clear water. Thingvellir translates to “plains of assembly.” The site was home to the Althing, Iceland’s parliament, which was founded as an open-air assembly in A.D. 930 and met there annually until 1798. The governing body was founded by some of the island’s first Viking settlers and turned into the pop-up capital of Iceland for two weeks every year. In addition to hosting legislative debate, the assembly featured markets, sporting competitions, and feasts. Local chieftains are believed to have sent an emissary to Norway to record laws with which to govern the newly colonized island. Upon his return, the lands of Thingvellir—seized from their owner when he was convicted of murder—were chosen as the place of assembly thanks to their central location and ample natural resources. Researchers have been at work for more than two decades surveying the entire park for sites of archaeological significance. Among these are the remains of the Althing itself, including the ceremonial Lögberg, or “law rock,” a lithic outcrop where speeches and arguments were made, as well as remnants of turf-and-stone booths where high-status attendees set up camp. “Thingvellir was at the heart of all the major developments in Iceland’s history through the eighteenth century,” says archaeologist Margrét Hrönn Hallmundsdóttir, who has directed recent surveys. “While the site features prominently in the Icelandic sagas, especially with regard to feuds that were either resolved or not during the assembly, we continue to find archaeological remains we had no information about.” 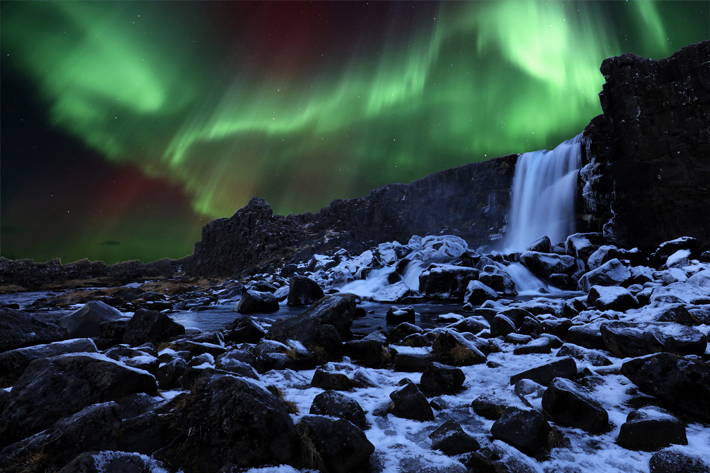 Thingvellir is easily accessible via main roads from Reykjavik. Begin your tour at the visitor’s center, which provides an overview of activities available at the park, and features a new exhibit, just opened in 2018, on the history of the site. Then walk up to a viewing platform to take in the entirety of the main assembly area. Many of the archaeological points of interest in the park, including booth remnants and ancient runes still visible to the naked eye, are well-mapped and connected via footpaths. Agriculture buffs can also learn about the evolution of farming in Iceland from the ninth century through the Industrial Revolution and visit historic farm buildings. For guests who wish to stay overnight at the park, two campsites are maintained, along with a service center and cafeteria.

Do as the locals do and embrace all things outdoors. Park guests can hike, arrange horseback rides, snorkel in the park’s famed fissures, or, with luck during colder months, take in the northern lights. Having immersed yourself in the wildness of it all, return to Reykjavik to visit the National Museum of Iceland and the Reykjavik Maritime Museum. Visitors can only come away with newfound perspective on the ingenuity and determination of Iceland’s earliest settlers.