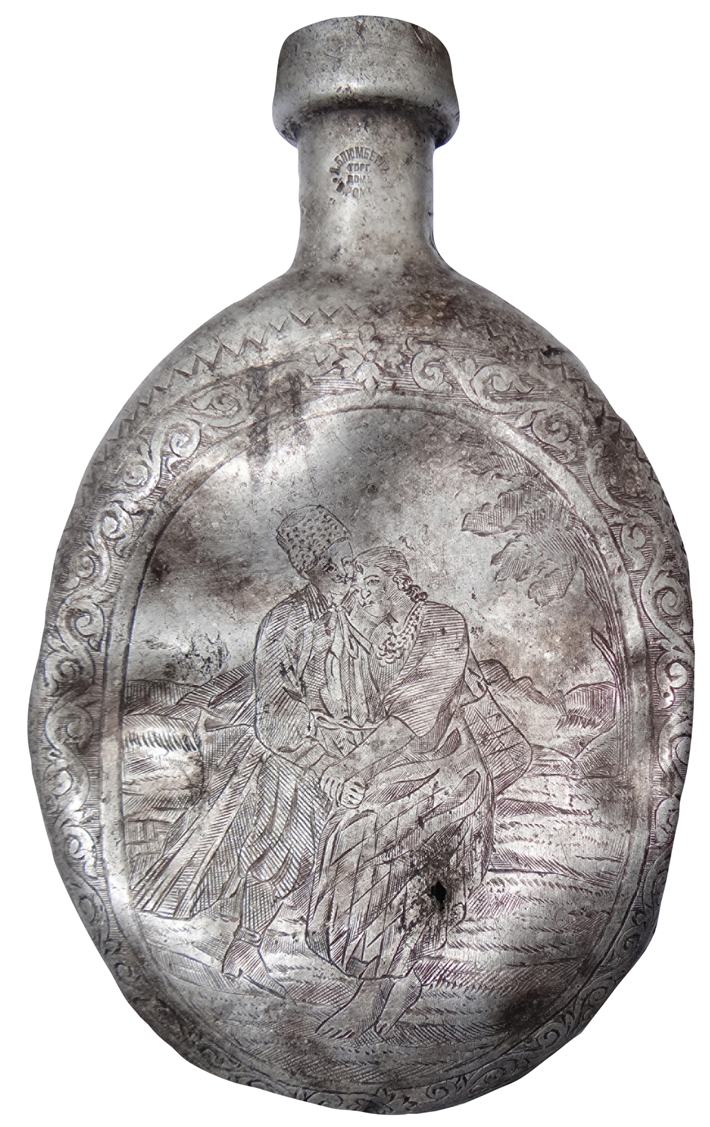 Even in the darkest moments of their lives—and perhaps even more so at those times—human beings have a remarkable ability to create something beautiful. This decorated canteen is evidence of that capacity. A touching example of “trench art”—an object fashioned by soldiers, civilians, or prisoners in the midst of warfare or conflict—the canteen began as a standard, functional item used to carry water or alcohol. But when its owner, a Russian soldier, was interned in the Czersk POW camp in northern Poland, he created a lasting memento of his experiences.

The soldier who owned the canteen carved his initials, O and R, on its back on April 15, 1915, the very day he was taken captive by German troops, according to Dawid Kobiałka of the Institute of Archaeology and Ethnology at the Polish Academy of Sciences, who studied the artifact. The scene the soldier carved on the front is a typical motif of nineteenth-century eastern European folklore. The clothing worn by the man, in particular his fur hat, is typical of that of a Cossack in both his daily life and his life as a soldier in the Great War. The vignette may represent the prisoner and his sweetheart—whether in an idealized or realistic representation is of course unknown. “Trench art is a complex phenomenon,” says Kobiałka. “One object can have many meanings and functions. The Czersk trench art gives insight into many aspects of how people tried to survive the long days, months, and years of imprisonment—and how creatively they used material culture to survive.”