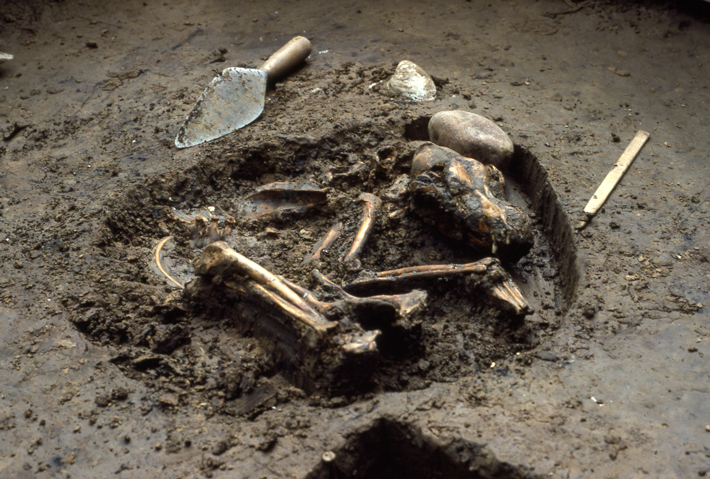 The fate of the indigenous dogs of the New World in the wake of European colonization has long fascinated both scholars and dog lovers. Some modern breeds, such as Catahoulas and Mexican and Peruvian hairless, are popularly thought to trace their roots to ancestors who were present before Columbus’ arrival. In recent years, geneticists have looked into how much ancient DNA these and other breeds actually carry. Now, a widely reported, large-scale study by an international multidisciplinary team suggests that they do not have much—if any—indigenous American ancestry. According to this analysis, modern American dogs are almost entirely descended from European dogs that began arriving 500 years ago. “The indigenous American dogs seem to have been almost completely wiped out,” says Angela Perri, a zooarchaeologist from Durham University in England who participated in the study. This new finding contradicts other genetic studies that suggest some dogs living today still carry some indigenous DNA.

Perri and her colleagues analyzed complete genomes retrieved from the remains of seven ancient dogs that lived in Siberia and North America, and those of more than 5,000 modern dogs. They also studied 71 samples of ancient dog mitochondrial DNA. Mitochondria are the organs that create energy inside living cells. They have their own genomes that are inherited from the mother’s side. The team’s analysis suggests that dogs were brought to the Americas in four migrations. The first dogs would have arrived from Asia 9,900 years ago, several thousand years after the first humans arrived. A second group of dogs may have been brought to the Arctic by the Thule people, the ancestors of the Inuit, about 1,000 years ago. The third migration began with the settlement of European colonies 500 years ago, and the last took place around 1900 when huskies were brought to Alaska from Siberia during the Gold Rush. Those last two migrations, the team believes, led to the almost total disappearance of the Americas’ indigenous dogs. 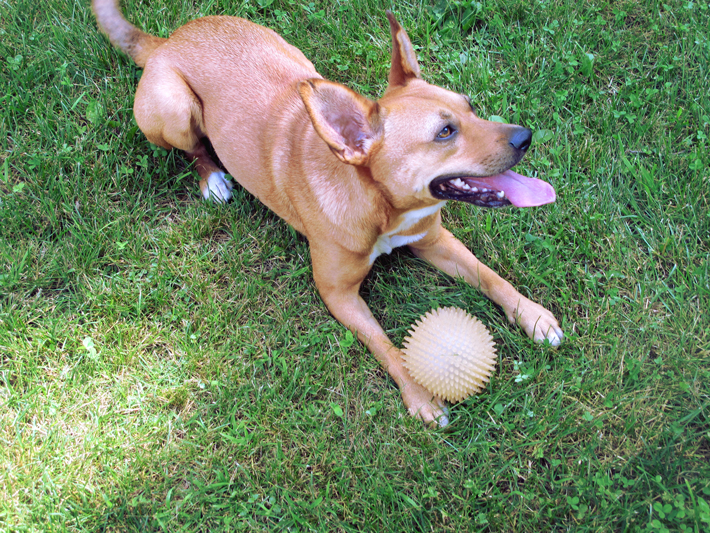 There may have been many reasons for this, says Perri. “Things like canine distemper or rabies came in with European dogs and may have taken a toll on native dog populations,” she says. Perri also cites historical documents describing Spanish explorers eating native dogs and notes that English colonists killed native dogs freely and prevented them from breeding with European dogs.

Another recent study of American dog DNA was led by Peter Savolainen, an evolutionary geneticist at the Royal Institute of Technology in Stockholm. His team examined mitochondrial DNA in some 2,000 modern dogs, and while they found evidence for large-scale replacement of indigenous dogs, they also detected traces of ancient DNA in the modern samples. “There is still a small percentage of ancient American ancestry in modern American dogs,” says Savolainen. His team’s analysis showed that Chihuahuas are related to Mexico’s indigenous dogs and that a free-ranging breed from the southeastern United States called the Carolina Dog has about 30 percent American ancestry. In Inuit dogs they did not find any European ancestry.

There are several factors that might account for the discrepancy between the teams’ findings. Savolainen acknowledges that his study would only have detected ancestry from female dogs since he did not examine complete genomes, as Perri’s team did. This could have skewed results. Perri, in addition, notes that it’s possible that Savolainen’s team did not distinguish between modern Arctic dog ancestry and precontact dog ancestry, because both carry similar types of mitochondrial DNA. Still, Perri acknowledges that her team’s study couldn’t sample DNA from every dog population in the Americas. “It’s likely,” she says, “that there are isolated populations in South and Central America that are descendants of the precontact group of dogs.