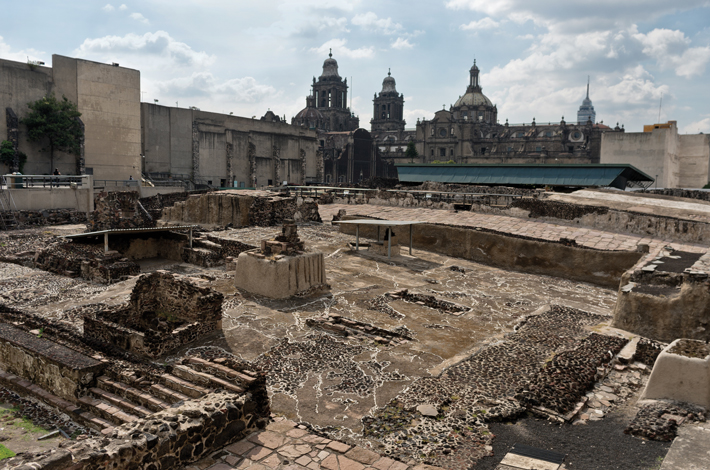 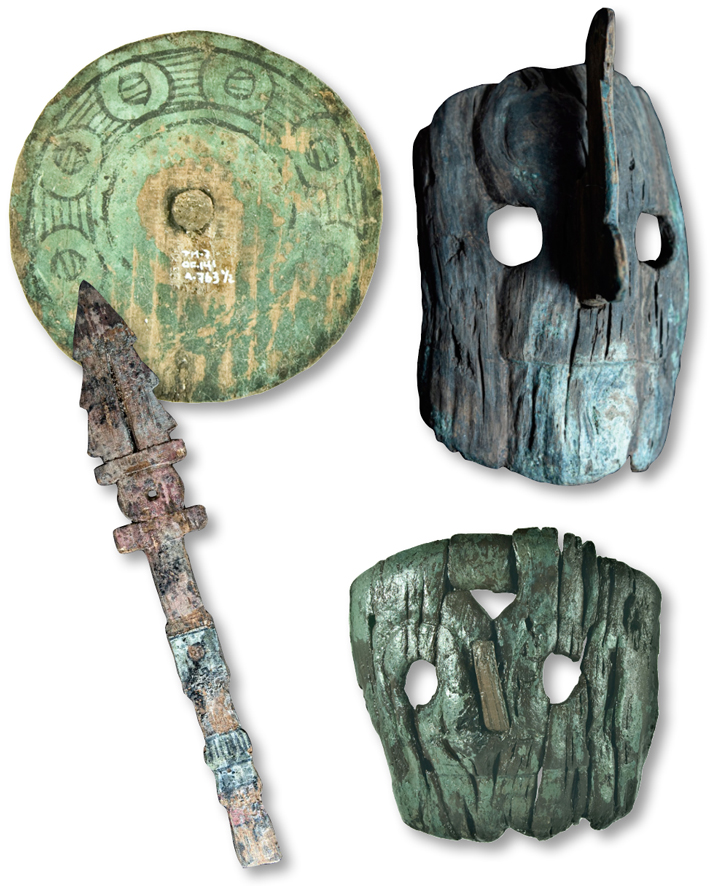 Innovative preservation techniques and advanced microscopy are revealing new insights into the creation and symbolic significance of a remarkably well-preserved collection of 2,550 wooden artifacts unearthed by a team of archaeologists led by Leonardo López Luján at the foot of the Templo Mayor in Tenochtitlan, the capital city of the Aztecs, or Mexica. The finely carved objects, which include scepters, ear flares, nose and finger rings, and miniature masks and weapons, were buried between 1486 and 1502 as ritual offerings. All the items are associated with deities the Mexica venerated in the temple—the god of war, Huitzilopochtli, and the rain god, Tlaloc. Priests deposited the wood items in stone boxes that also contained marine shells, plants, and animal and human bones. “Most of the offerings were waterlogged or had a very high level of humidity,” says Templo Mayor Project conservator Adriana Sanromán. “This preserved the wooden objects, but has also caused them to deteriorate.” While the waterlogged conditions helped to preserve the wood and traces of painted decoration on many of the items, chemical processes have weakened the wood structures, leading to cracks and other deformations over the centuries since the offerings were buried.

In the course of their ongoing efforts to stabilize the artifacts and prevent further damage, Sanromán and her colleague María Barajas submerge them in increasing concentrations of a synthetic sugar mixture, which displaces the water in the wood’s cell structure. They then dry the artifacts and remove any excess sugar. This complex, multistage conservation process can take up to a year. By scrutinizing tiny wood samples under a scanning electron microscope, the researchers have identified different species of wood Mexica artisans used to create the offerings. Most of the objects sampled were carved from pine harvested in the forests of central Mexico, while others were fashioned from mesquite, fir, cypress, alder, or butterfly bush. “All of these are soft woods that made it easy to carve these very detailed miniature objects,” Barajas says. Although sculptors’ choice of specific wood types may have depended in part on availability, their selections seem to have held religious significance as well. “We think that certain species of wood were chosen for both their physical qualities and their symbolic meaning,” says Templo Mayor Project archaeologist Víctor Cortés. “For example, Huitzilopochtli was associated with mesquite, and Tlaloc with pine.”