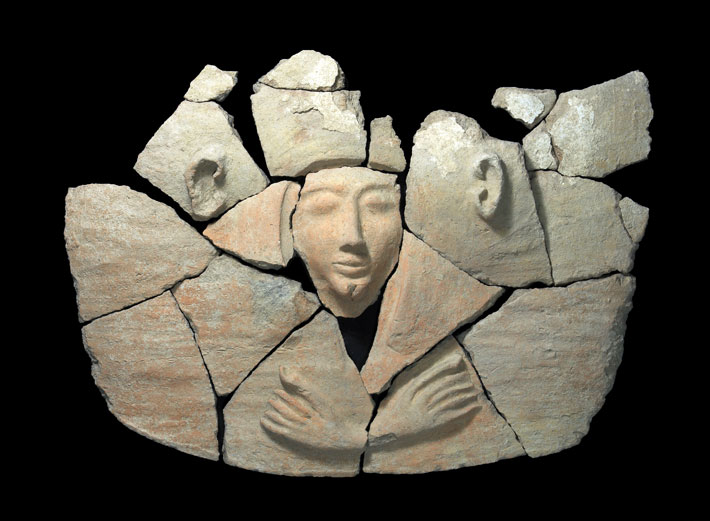 Construction of a natural gas pipeline near Tel Shadud, Israel, led to the discovery of a rare 3,300-year-old clay coffin surrounded by pots, bronze artifacts, and animal bones. The finds suggest Egyptian burial rites: The coffin’s sculpted lid is Egyptian in style, the vessels would have held offerings for the gods, and a gold scarab ring in the coffin bears the name of the pharaoh Seti I, who conquered the region in the thirteenth century B.C. Perhaps the remains belonged to an Egyptian living in Canaan, but the pottery was locally produced. This raises the possibility that the interred was a Canaanite either employed by the Egyptian government or wealthy enough to want to emulate one of their burials. The ruling Egyptians exerted a strong influence over the Canaanite upper class at the time.