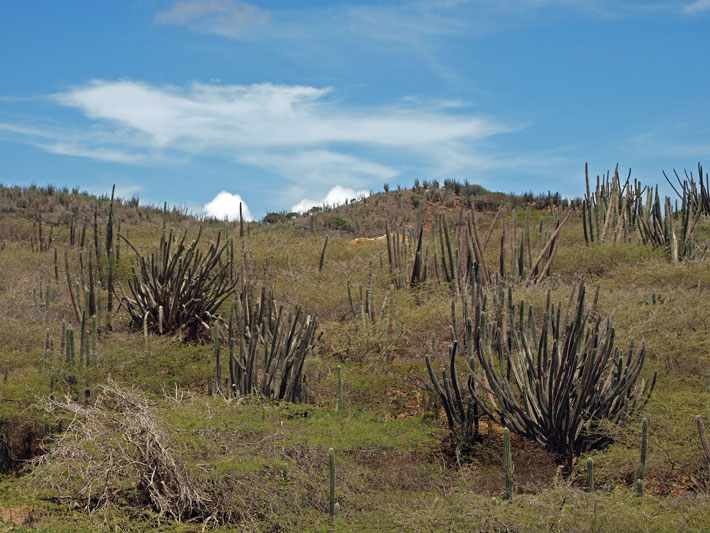 The tiny Caribbean island of Aruba is an ideal beach vacation spot, but tourists who venture away from the shore are in for a treat as well. Arikok National Park features an astonishing array of rock art made by the island’s first inhabitants, the Caquetío people, who belonged to the Arawakan language family. More than a thousand years ago, they canoed to the island from northwestern Venezuela.

Early European accounts describe Aruba as an “island of giants,” as the Caquetío were relatively tall. The Spanish were the first Europeans to colonize the island, followed by the Dutch, who, in the seventeenth century, made Aruba part of the Dutch West India Company, and have governed it ever since. While there are no longer full-blooded Caquetío, vestiges of their heritage remain.

The rock art of the Caquetío people, according to archaeologist Harold Kelly of the National Archaeological Museum Aruba, includes geometric, zoomorphic, and anthropomorphic motifs in red, white, brown, and black. The art at one site, Cunucu Arikok, stands out for its complexity, variety, and quantity. “The combination of white and red colors in a single depiction is something that is not only unique for rock art of Aruba,” says Kelly, “but also the rest of the Caribbean, as far as we know.”

Cunucu Arikok is located on a farm that has been partially restored to the time when agriculture was a large part of Aruba’s economy. Beans, corn, millet, peanuts, and cucumbers were once cultivated at the site, which also has cactus hedges and stone walls to protect those crops from livestock. Trails lead to the Caquetío rock art, including drawings of marine animals and birds that are visible on overhanging rocks just off the trail near the parking lot. 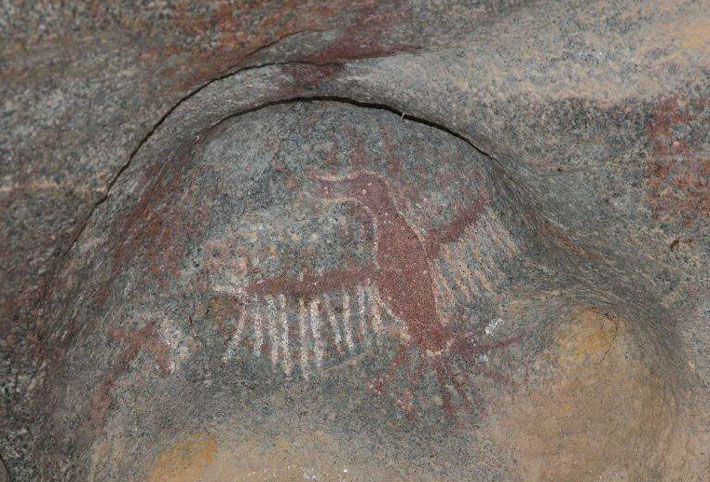 More elaborate anthropomorphic designs can be found a short walk away, on the Cunucu Arikok dolerite rock formation within Arikok National Park. There, several complex human figures can be found among dozens of other works, including dynamic depictions of shamans carrying out rituals and, according to Kelly, going on mystical journeys. One of these is depicted in the unique red-and-white palette, with a figure intertwined with geometric patterns. The works are stunners both for their artistic merit and the insight they provide about the Caquetío belief system. Maps, guides, and educational activities are all available at the park’s visitor center.

If you need a break from Aruba’s white sand and blue sea, the park also offers hiking trails, unique wildlife, and Conchi, also known as the “Natural Pool,” a remote tidal pool surrounded by jagged volcanic rock. The National Archaeological Museum Aruba, located in a historic home in downtown Oranjestad, chronicles the island’s history, from 2500 b.c. to the recent past. The capital is also a great place to sample Aruba’s unique cuisine, which incorporates Caribbean, Spanish, and Dutch influences.