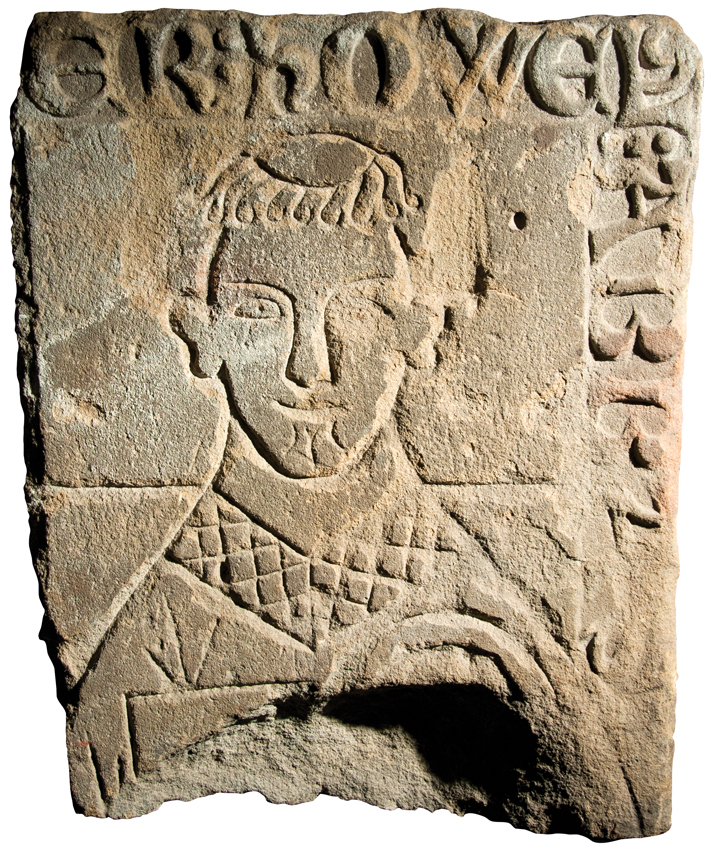 A recently rediscovered fragment of an abbot’s grave slab from North Wales may offer an unusual glimpse of a medieval personality. University of Chester archaeologist Howard Williams analyzed the two-foot-long stone piece and found that it once lay atop the tomb of an abbot named Howel who led an important Welsh abbey around 1300. Williams notes that the slab depicts Howel in realistic fashion—rare for the period—and wearing a broad smile. “It’s eerie,” says Williams. “The vast majority of these medieval funerary monuments show somber-looking characters who are focused on prayer, not grinning as if for a graduation portrait.” Williams notes that Howel was abbot during the English conquest of Wales in 1283, which left his abbey severely damaged. Records suggest Howel was a power broker during the period and might have been seen as an important source of stability in the community. Williams speculates that the monks who fashioned the slab may have been trying to capture Abbot Howel’s reassuring character. “That smile might have communicated that sense of ‘keep calm and carry on,’” says Williams. In troubled times, perhaps the fond memory of a smiling abbot offered some comfort to the monks he left behind.