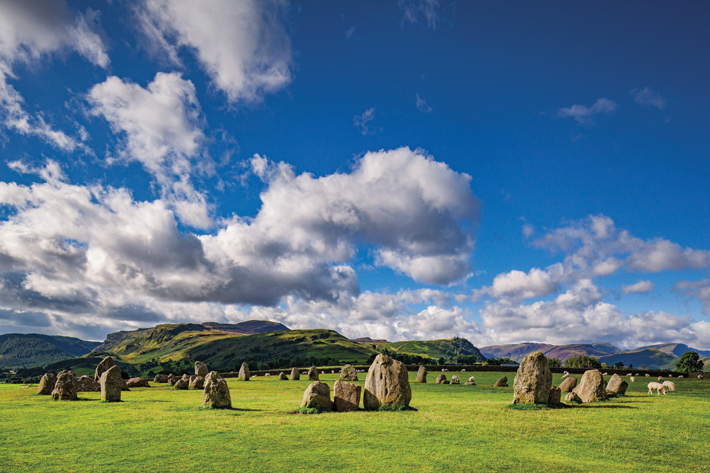 When some of the first British farmers to live in the Lake District needed to gather at a central location, they may have chosen Castlerigg Stone Circle, a Neolithic monument built some 5,000 years ago. The circle measures almost 100 feet in diameter and consists of 38 stones varying in height from 3.5 to 7.5 feet. Later Bronze Age stone monuments often contain burials, but no human remains have been discovered at Castlerigg. Rather than serving as a memorial to the dead, the circle likely hosted a mix of community functions. “A helpful analogy is the medieval parish church, which was a religious center, but also often the site of social gathering and the marketplace,” says archaeologist Tom Clare, emeritus of Liverpool John Moores University.

At the time Castlerigg was built, much of northern Europe was heavily forested, and the Lake District’s valley bottoms were often filled with standing water or dense swampland. “Castlerigg’s position on a low ridgeline at the center of three valleys would have placed it along a traversable pathway for farmers moving livestock from higher pastures in summer months down to lower elevations for the winter,” explains ecologist David Wilkinson of the University of Lincoln. Some of the stones at Castlerigg that were lying on their side when antiquarians such as William Stukeley observed the site in the eighteenth century have since been put upright. Clare cautions that making exact determinations about the cosmological or spiritual meaning of the monument to those who built it may never be possible. Still, the task of raising the stones of Castlerigg would have required a level of effort in proportion to its profound importance to the community. “One generation might have added to what the previous generation did,” Clare says. “Part of the process of being involved in this society was that you contributed labor, you helped contribute to these communal structures.”

The stone circle is most easily accessible by car and the route is well marked from the neighboring town of Keswick. Visitors can park along the road approaching the circle—be prepared to walk uphill. On reaching the field, look for a wide gap in the circle flanked by two tall stones. This may have been the entrance to the monument and is a feature also found in earlier Neolithic timber structures. This similarity has led some researchers to suggest Castlerigg may be a particularly early example of a Neolithic stone circle. 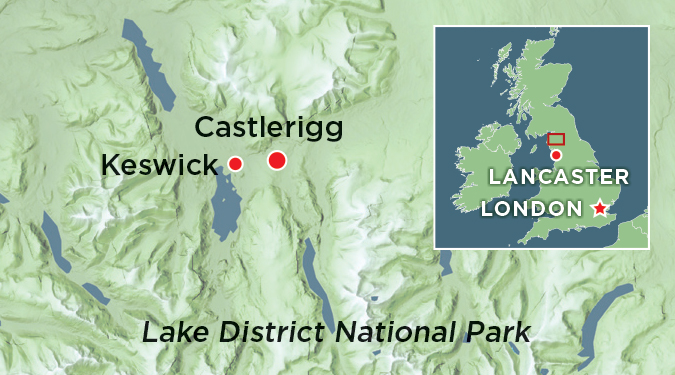 The Lake District may be as well known for its literary heritage as it is for its physical majesty, and many of the so-called Lake Poets were inspired by Castlerigg. After leaving the site, take a 15-minute drive south to the village of Grasmere to visit the Wordsworth Trust. Then continue south another 11 miles to tour Beatrix Potter’s Hill Top farmhouse.