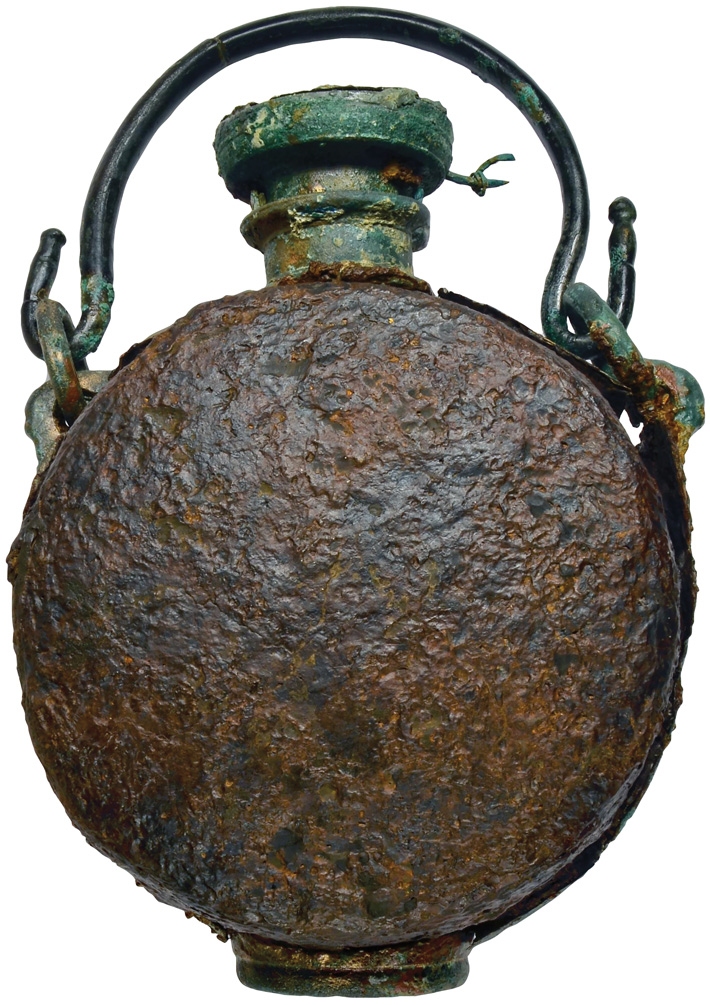 The Roman Empire’s thousands of miles of territory required hundreds of thousands of soldiers to guard and maintain it. In addition to weapons, armor, and clothing, an item few of these soldiers would be without was a type of canteen called a laguncula. At some point, one Roman legionnaire deposited this valuable piece of his equipment in an offering pit at a small sanctuary in southern Gaul. Recent excavations conducted in advance of construction by France’s National Institute of Preventive Archaeological Research (INRAP) revealed the previously unknown sanctuary, which consisted of two small temples, an additional ritual building, and 42 votive pits. The deity worshipped there remains unknown. “There isn’t any conclusive evidence of which god the sanctuary was dedicated to,” says INRAP archaeologist Sylvain Motte. “It was probably a private rural place of worship.” 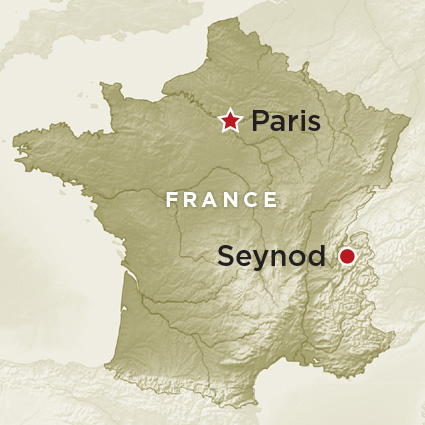 While the votive pits contained numerous metal artifacts, including assorted dishes and a small bust of a god that once decorated a piece of furniture, the canteen—one of only three complete examples found in Gaul—was in the best condition of all the objects the team found, so much so that even its contents were preserved. When these contents were analyzed, they were found to consist mainly of millet, mixed with a small quantity of blackberries and dairy products, all of which had been heated, and traces of conifer resin. “The context in a sanctuary pit and the fact that the food was all cooked suggests that not just the canteen, but also the contents were a sacrifice of some kind,” explains Motte. “The objects used in these ceremonies were then buried to ensure that the offerings couldn’t be reused.”