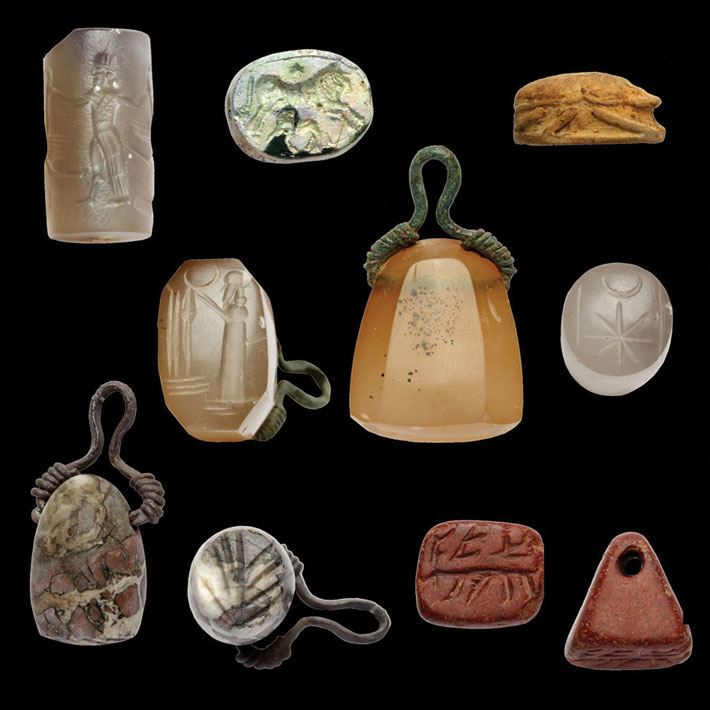 Archaeologists excavating an ancient mountaintop sanctuary in southeastern Turkey have unearthed more than 600 seals and amulets left at the temple as votive offerings. Originally dedicated to a Near Eastern storm god, the sanctuary was in use from the first millennium B.C. until the seventh century A.D. But around 200 B.C., the temple was rebuilt, a process that sealed off the site’s older layers and protected the objects intentionally left behind by generations of worshippers seeking the storm god’s help.  Dating from the seventh to fourth centuries B.C., the artifacts come from all over the Near East and depict both simple geometric symbols and intricate scenes of men praying. Some show a royal hero in the midst of fighting animals or mythical creatures. University of Münster archaeologist Englebert Winter says worshippers would have worn the amulets in everyday life to ward off evil, and that offering them to the storm god was an intensely personal pious act. “People consecrated to the god an object that was closely associated with their own identity,” says Winter.