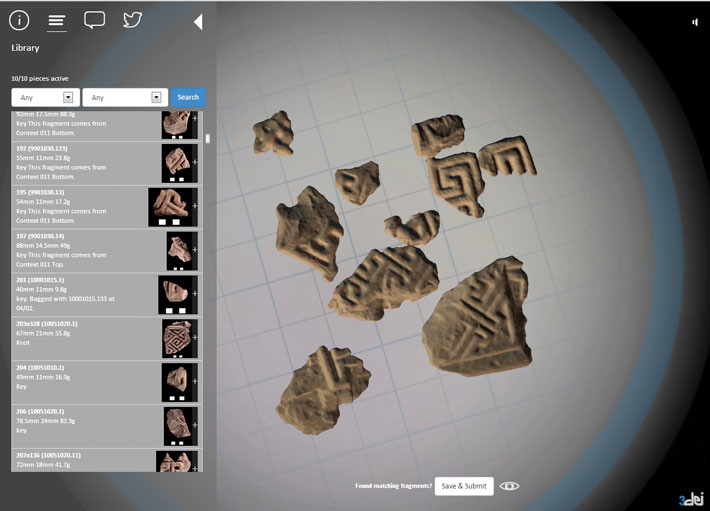 In the seventeenth century, the 1,200-year-old Hilton of Cadboll Stone had a great fall. Now, National Museums Scotland (NMS) is enlisting video game players to help put it together again.

The sandstone slab was carved by the Picts of northern Scotland around A.D. 800, likely to celebrate their conversion to Christianity. In the 1670s, a storm toppled it and a cross emblazoned on one side was damaged. Originally discovered in 2001, the bottom portion of the 7.5-foot-tall stone was in 3,000 pieces, ranging in size from two to eight inches. Reassembling it by hand would prove a daunting task.

Enter the techies. A Scottish company called Relicarte has transformed the fragments into 3-D virtual objects and made them available to the public in a special application. Starting in late October 2013, gamers could use their spatial reasoning skills to reassemble the slab. “The ability to manipulate 3-D images easily and interact over social media is key,” says Mhairi Maxwell, an NMS curator. “Archaeology has always had to draw upon a diverse range of skill sets for understanding the past—it is both an art and a science.” The researchers don’t know how long the process will take, but it will certainly be faster than the old-fashioned way.