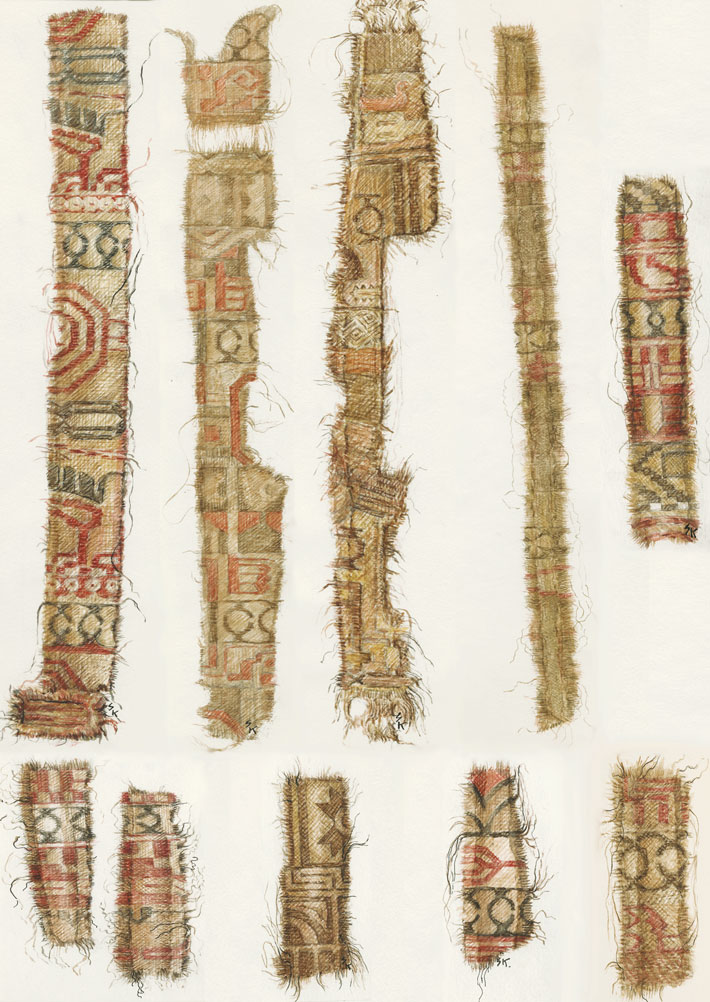 Though they have a popular reputation for being coarse, some Vikings had a taste for fine fabrics. Pieces of silk have been found at a number of Viking sites, and appear to have come directly from silk-production sites to the east, such as Byzantium and Persia, suggesting wide-ranging trade networks.

For example, the famous Oseberg ship, which had been buried with the remains of two women in a mound in Norway and was excavated more than 100 years ago, contained dozens of thin strips of silk (for decorating clothing) from 15 different textiles. Marianne Vedeler of the University of Oslo has examined these and other Viking silks to understand how the Vikings regarded these materials and the patterns they contain. One pattern found in the silks from the ship features a bird with a pearl tiara in its beak. This motif, called the “kingbird” in Old Persian, represents the heavenly blessing of a new king in Zoroastrian mythology. “It is difficult to say whether the meaning of these symbols transformed [for the Vikings], or if they simply continued to be used as meaningless decorative patterns,” says Vedeler.