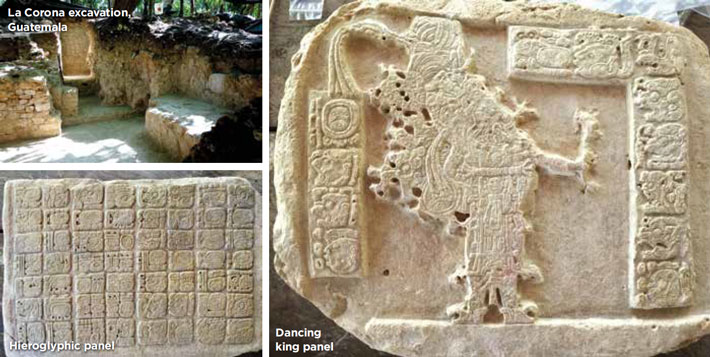 Two hieroglyphic panels found at the ancient Maya city of La Corona in Guatemala are providing new details about the history of the site’s rulers. One panel shows a dancing king from the city of Calakmul, who ruled in the late ninth century A.D. and probably served as overlord of La Corona. A second panel of hieroglyphic writing tells the story of a king of La Corona named “Red Turkey,” the permissions he had to receive, and the rituals he had to perform to earn his crown. Project director Marcello Canuto of Tulane University says, “It’s a luxury of detail regarding the accession to the throne.”