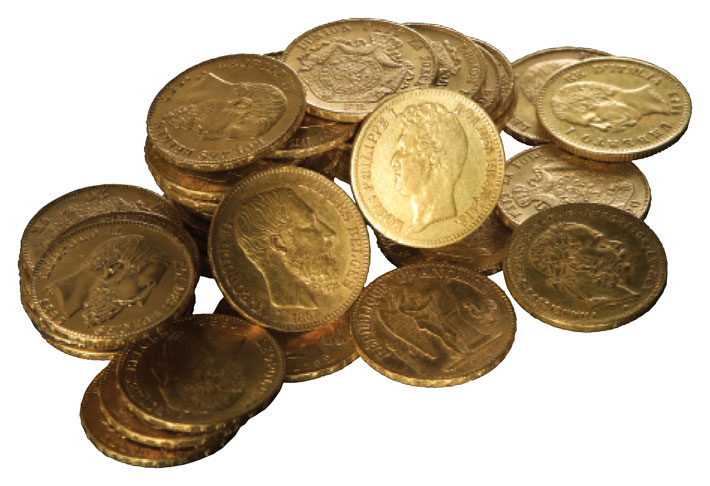 Among the many things that seemingly disappeared during the chaotic end of World War II were 217 gold coins recently rediscovered by a metal detectorist who alerted archaeologists to the find. The coins date to between 1831 and 1910 and had been placed in two sacks closed with official bank seals, and then hidden at least three feet underground. Archaeologist Edgar Ring of the Lüneburg Museum thinks they may have been stolen from the local branch of the Deutsche Reichsbank, the Nazi-era central bank. “So far we can only speculate how the sacks came to the site and why they weren’t picked up,” says Ring.