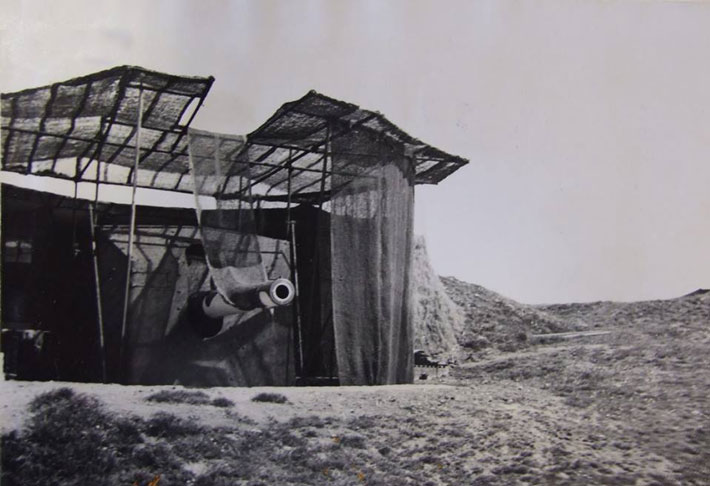 In 1940, newly installed British Prime Minister Winston Churchill ordered the construction of gun batteries and tunnels in the chalk of the White Cliffs of Dover, just 21 miles from Nazi-occupied France, to prevent German ships from moving freely through the English Channel. The Fan Bay Deep Shelter, a series of tunnels to protect the gun battery teams from bombardment, was completed in just 100 days and could house up to 185 soldiers.

The tunnels were taken out of commission in the 1950s and filled with rubble in the 1970s. The National Trust purchased the land in 2012, and the next year the shelter was rediscovered. The volunteer staff of the Fan Bay Project, alongside archaeologists, mine consultants, engineers, and geologists, moved 100 tons of debris by hand over 18 months, revealing the tunnels’ infrastructure and a wealth of graffiti from the time. Jon Barker of the National Trust and Keith Parfitt of the Canterbury Archaeological Trust say that the tunnels are time capsules of emotion and provide great insight into wartime life. 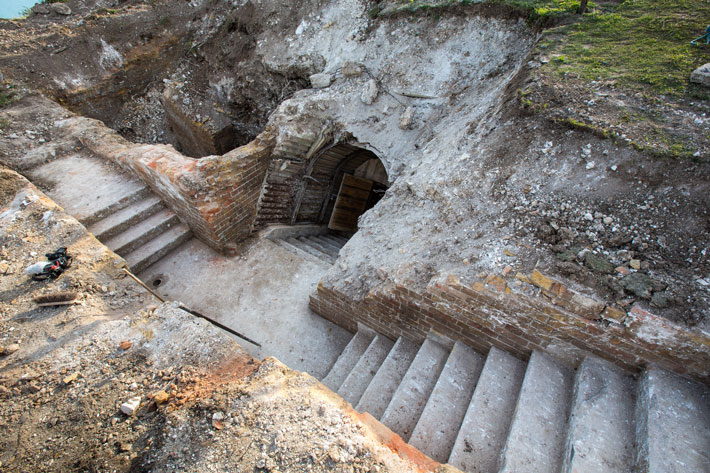 The Fan Bay installation consisted of a gun battery, searchlights, a generator house, barracks, magazines, and a plotting room, all situated above the Deep Shelter—five bomb-proof tunnels and a hospital totaling 3,500 square feet, sitting 75 feet below the top of the cliffs. The clearing of the tunnels has made them accessible to the general public for the first time. Reinforced with girders and metal sheeting, they preserve an abundance of wartime graffiti, including soldiers’ names and service numbers. Near a toilet are rhymes about one challenge of wartime: the lack of toilet paper. “If you come into this hall use the paper not this wall,” one reads. “If no paper can be found then run your arse along the ground.” Guides lead visitors—with hard hats and flashlights—down 125 steps to the tunnels, as well as to two World War I sound mirrors, large concave concrete discs that were among the first early warning air defense devices in Britain.

The White Cliffs of Dover live up to their name, and a variety of viewpoints offer sweeping vistas—Stay away from the cliff edge!—of the chalk facade, the channel, and, on a clear day, France. An engineering marvel of the Victorian period, the South Foreland Lighthouse just outside Dover was the first in the world to use electric light, and still serves traditional tea in the lighthouse-keeper’s cottage. In addition, there are Roman lighthouses in Dover, overlooking the site of Portus Dubris, a second-century port, which includes the Roman Painted House, a mansio, or government hostel, decorated with more than 400 square feet of murals related to Bacchus, the god of wine.