For thousands of years and across much of the world, tattoos have been markers of identity used, for example, to make statements about gender, ethnicity, and status, but evidence for tattooing among the indigenous cultures of the American Southwest is rare. There are no identifiable tattoos on excavated human remains from the region, and while some scholars believe that images on rock art, clay figurines, and kiva murals represent tattoos, others suggest they may depict body painting. “These all provide potential indirect evidence for ancient tattooing,” says archaeologist Andrew Gillreath-Brown of Washington State University. Furthermore, he explains, it is thought that, however murky its history, tattooing in the Southwest was abandoned after European contact. “Colonial institutions looked down on tattooing and other forms of non-Christian, indigenous cultural expression,” Gillreath-Brown says. “Knowledge of traditional tattoo patterns, tools, and meanings all declined as indigenous people were stripped of their lands, language, and culture.” 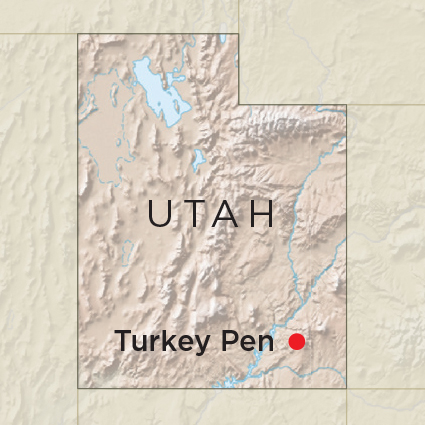 Thus, Gillreath-Brown was thrilled when, while sorting through the last of 64 storage boxes from excavations of the early Ancestral Puebloan site of Turkey Pen, he found an artifact he soon identified as a 2,000-year-old tattooing tool. “This is the first object to substantiate what was believed but never proved and to connect to this erased past.”

The Basketmaker II period (ca. 500 B.C.–A.D. 500) in the Southwest saw the transition from a hunter-gatherer society to one based on sedentary farming, and in the first century A.D. people became more dependent on maize in particular. The era was also one of dramatic population growth. “At a time when there were so many more people in the area than there had been, tattoos might have been used to reinforce shared culture as well as to point out cultural differences,” Gillreath-Brown says. “They may have served as visual representations of cultural meaning and helped people negotiate a changing landscape.”