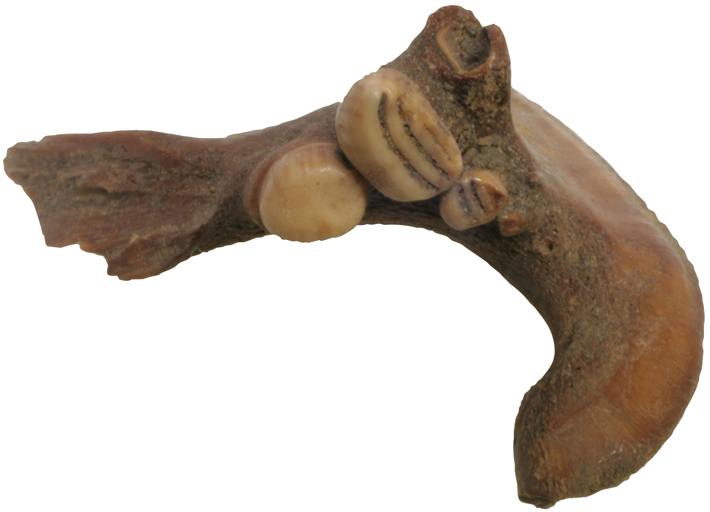 Members of northern China’s Peiligang culture practiced aquaculture well before the domestication of fish in medieval Europe. By measuring teeth from common carp remains excavated at the Neolithic site of Jiahu, an international team of researchers estimated the body sizes of the fish. Comparing them with carp populations reared in modern Japanese fisheries, they found that the ancient specimens represent both immature and mature fish. This suggests that, by about 8,000 years ago, Jiahu residents had begun to raise carp in controlled channels, where the fish spawned naturally and were harvested in the autumn.

A dramatic increase in burials identified at Jiahu around this time indicates that the settlement had grown, explains archaeologist Junzo Uchiyama of the Sainsbury Institute. “It’s possible to assume that carp aquaculture was developed in response to the increase of population,” he says. This innovative approach to food production might have also enabled the Peiligang to expand, as the number of sites associated with the culture increased after 8,300 years ago.