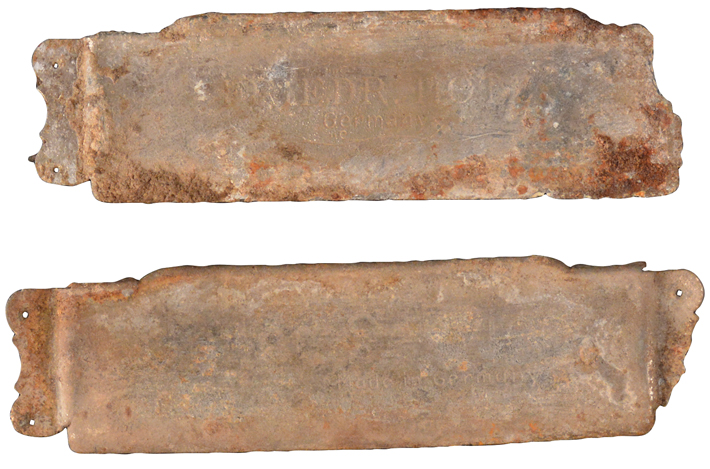 A fragmentary but poignant insight into the spare moments of nineteenth-century Wisconsin homesteaders has been discovered at Fort McCoy, a United States Army installation about 90 miles northwest of Madison. Archaeologists unearthed four pieces of a German-made harmonica among more than 2,000 artifacts from what appears to have been a communal dumping ground in the area. One of the harmonica’s exterior plates reads “Friedr. Hotz,” indicating that it was made by the Friedrich Hotz Company. Based in Knittlingen, Germany, the company began producing harmonicas in the 1820s and was eventually bought out by Matthias Hohner, who introduced the instrument to America in 1862. “The leisure-related items from the site represent a small portion of the assemblage,” says Colorado State University archaeologist Tyler Olsen. “This probably reflects the proportion of any given day that could be devoted to recreation in some small way.”