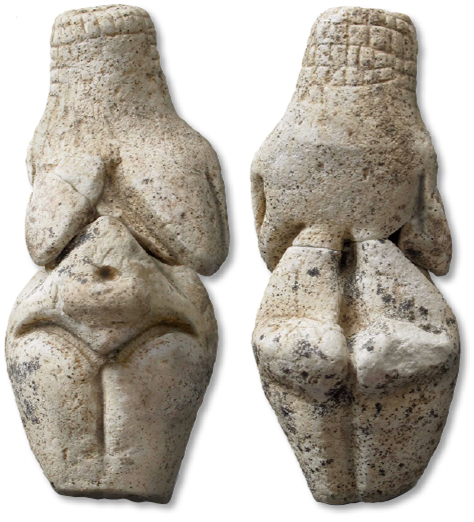 From the Middle Ages through the nineteenth century, the city of Amiens in the Somme River Valley north of Paris was famous for its thriving textile industry. But industry was not new to Amiens. More than 20,000 years ago, Paleolithic hunter-gatherers set up seasonal camps in what is now the neighborhood of Renancourt in the southwest section of the city and lived there for a few weeks at the end of each summer. There they made projectile points, knives, scrapers, and jewelry. And one talented artist—or artists—began to carve small female figurines. This example, the Venus of Renancourt, was recently discovered 12 feet below the ground in the same area where 14 other tiny female figurines have been unearthed since 2015. Found alongside them were thousands of chalk fragments that appear to be waste from the production of these diminutive sculptures. 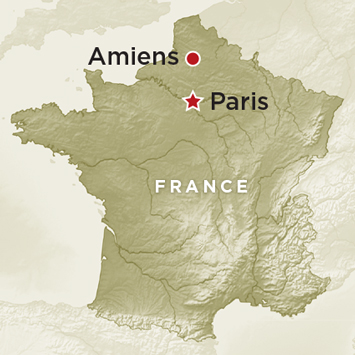 According to archaeologist Clément Paris of France’s National Institute of Preventive Archaeological Research, the site at Renancourt provides rare evidence for modern humans in this region during the Gravettian period (28,000–22,000 years ago). Although the other 14 female figurines—a collection that has doubled the number of such sculptures known from Paleolithic France—are distinctive, Paris explains that the quality and level of detail of this new find have surprised archaeologists. “The hairstyle, in particular, is represented by fine incisions in the form of a grid,” he says. Although other archaeological deposits from the same period are known to have been the remains of workshops, they are from earlier excavations dating to the 1950s, when modern techniques were not available. “In the coming years, we want to try to understand how the figurines were made,” says Paris, “and to explain the purpose of these still-enigmatic artifacts.”