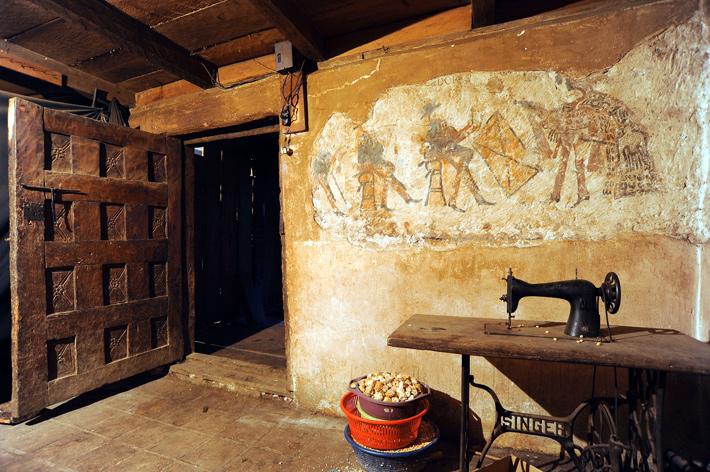 Lucas Asicona Ramírez probably had no idea that he was embarking on an archaeological excavation five years ago when he began scraping down the plaster on the walls of his 300-year-old home in Chajul, Guatemala. But his renovation uncovered a series of murals that had been painted by his Ixil Maya ancestors in the years after the Spanish conquest. Some of the paintings depict what archaeologists Lars Frühsorge, Jarosław Źrałka, and William Saturno believe to be a ritual called the Dance of Conquest. The people in this painting seem to be Maya, yet wear some pieces of European clothing. The seated figures are playing instruments while the figure on the right, wearing a jaguar skin and cape, dances.