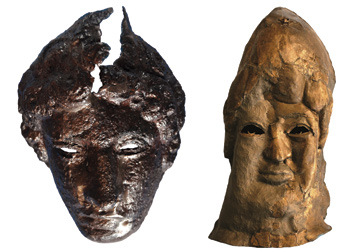 Under a third-century a.d. Roman fortress near the village of Ilısu in southeastern Turkey, archaeologist Erkan Atay and his team from the Mardin Museum recently uncovered two theater masks of a type rarely found in Turkey. Atay believes that the masks, one of which is made of bronze and the other of iron, were not intended for formal theatrical performances, but may have been used by young male actors entertaining during sporting events.