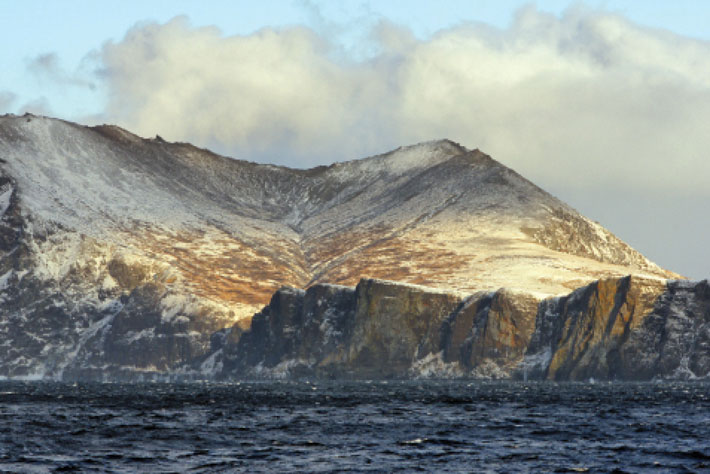 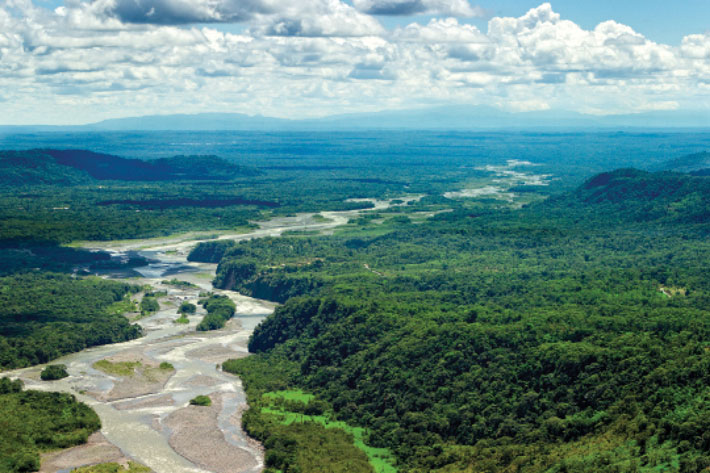 Just when the story of the peopling of the Americas starts to clear up, it becomes a little more complex again.

In June 2015, after nearly two decades of debate, a genetic analysis of Kennewick Man—an ancient American discovered in Washington State in 1996 and dating back roughly 8,500 years—found him to be most closely related to modern Native Americans, despite his cranial features suggesting Polynesian ancestry. The finding bolstered the hypothesis that a single founding population, of East Asian (with some Siberian) ancestry, originally settled the Americas. These people became isolated for a time in Beringia in the northern Pacific, and then began populating the Western Hemisphere a little more than 15,000 years ago.

But not so fast. This summer two separate research groups reported finding faint genetic signals common to indigenous Australians and Melanesians among widely separated populations in the Americas, suggesting a second influx of people. The researchers disagree on the timing of that migration.

The lab of Harvard geneticist David Reich found a genetic connection between isolated tribes in Brazil’s Amazon rain forest and indigenous people of Australia, New Guinea, and the Andaman Islands, in the Bay of Bengal. They attribute the presence of this DNA—roughly 2 percent of Amazonian ancestry—to a second founding population that arrived in the Americas not long after the Asian ancestors of modern Native Americans. “My gut feeling about this is that it goes back to the Pleistocene—I think it’s at least 12,000 years ago that it came to the Americas,” says Pontus Skoglund, a postdoctoral researcher in Reich’s lab, about the second “pulse” of settlers.

The other research group, led by Eske Willerslev at the University of Copenhagen (who also oversaw the project clearing up the Kennewick Man mystery), disagrees. They found that people in the Aleutian Islands of the Bering Sea also show some genetic legacy from the Austro-Melanesians. Because scientists believe the Aleutians were first reached only about 9,000 years ago, they see this theorized second population coming much later than the first arrivals to the Americas—and thus not qualifying as a “founding” population. They believe this smaller, subsequent arrival flowed through the Aleutians before possibly taking a coastal route to South America.

Archaeologist Tom Dillehay of Vanderbilt University, who was not involved in either research effort and who was pivotal in pushing back the date of entry for the first Americans to around 15,000 years ago, cautions that the process of the peopling of the Americas was more complex than we can imagine, and that new genetic findings like these need to be taken in this larger context. “Here we go again,” he says. “Is it going to be one migration or two migrations?”

Michael Collins, an archaeologist from Texas State University, echoes this sentiment. He notes that the theories being posited are based on relatively small samples of genetic data to represent all of the Western Hemisphere. “At this stage, there’s been so much intermixing, I can’t believe they want to go so far out on that limb,” he adds.

Rasmus Nielsen, an evolutionary geneticist at the University of California, Berkeley, who worked on the University of Copenhagen study, says the key to settling this or any debate on the peopling of the Americas to find and analyze more skeletal evidence from the period. Both research efforts rely on just a few samples older than 4,000 years. “We really want to get more from Brazil, but of course preservation is not great in a tropical environment,” he says. “I am personally not fully happy with any of the explanations.”

Time and additional research will likely make the story of the first Americans even more complex and—eventually, hopefully, paradoxically—clearer at the same time. For more about the peopling of the Americas, see "America, in the Beginning" (September/October 2014).