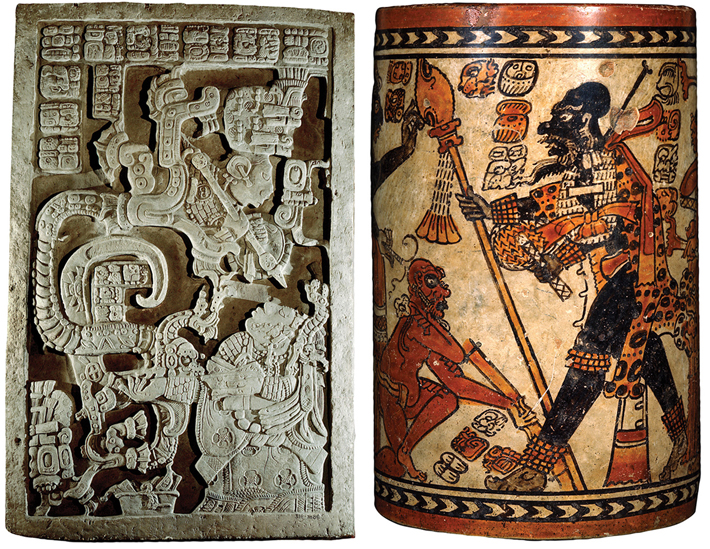 Ancient Maya men and women wore their capes and cloaks to just above the knee, draped around their shoulders or tied around their necks. These garments were generally made of woven textiles such as cotton, which could be dyed or painted various colors and decorated with colorful threads. They could also be fashioned from more exotic materials, such as jaguar pelts, which reinforced the power and authority of those who wore them. “Capes and cloaks are often associated with specific social situations in Maya art, and women appear to be portrayed wearing them less frequently than men,” says Langara College archaeologist Cara Tremain. Garments more commonly worn by women in these depictions include huipiles, which cover the shoulders, chest, and hips, and sarongs, which are tied under the arms.

A style of cape that appears to have been made from leaves was worn exclusively by Maya men with the ch’ajoom hieroglyphic title, who were involved in incense-scattering ceremonies. These leaves may have been intended to represent those from trees such as allspice, copal, or tobacco, all of which were burned as offerings. In addition, courtly messengers called ebeets were portrayed wearing white cotton cloaks, Spondylus shell ornaments around their necks, and quetzal feathers in their headdresses, which some scholars have suggested was a way of representing them as human tribute packages. Once in the presence of the king, some depictions indicate, they would strip down to their loincloths, removing these coveted items and offering them to their host.