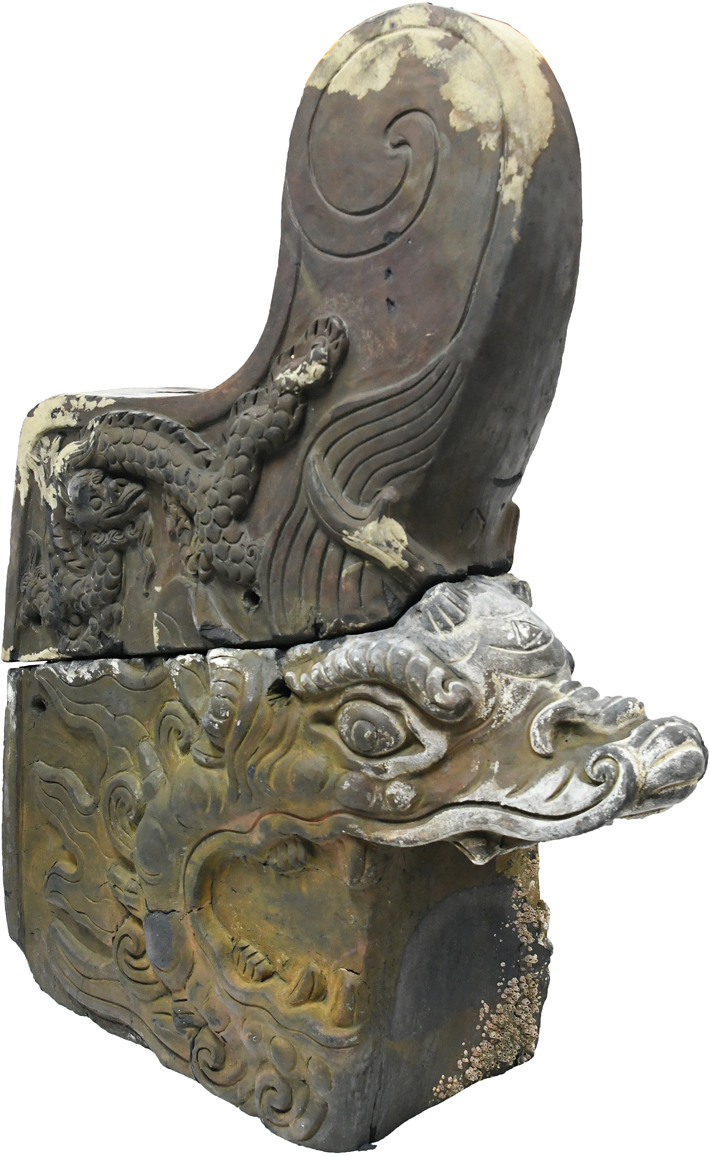 Korean archaeologists have unearthed a dragon-shaped roof tile measuring more than three feet tall and weighing more than 265 pounds from a beach in South Korea’s Taean County. The tile is believed to date to the early part of the Joseon Dynasty (1392–1910), and is of an ornamental type called a chidu that was typically placed at the corner of a roof and was intended to appear imposing. Beginning in the Unified Silla period (A.D. 676–935), artisans often made chidu in the form of dragons in the hope that they would fight off fires that regularly damaged wooden structures. The dragon in the newly discovered tile sports a fierce glare and a wide-open mouth, as if ready to consume flames.

Dragon chidu were reserved solely for royal structures. Researchers believe this tile was made by state artisans in the Joseon capital, Seoul, and was being transported to a royal residence in the southern part of the country on a ship that likely wrecked en route. According to historical documents, the waters in the area were notoriously rough.