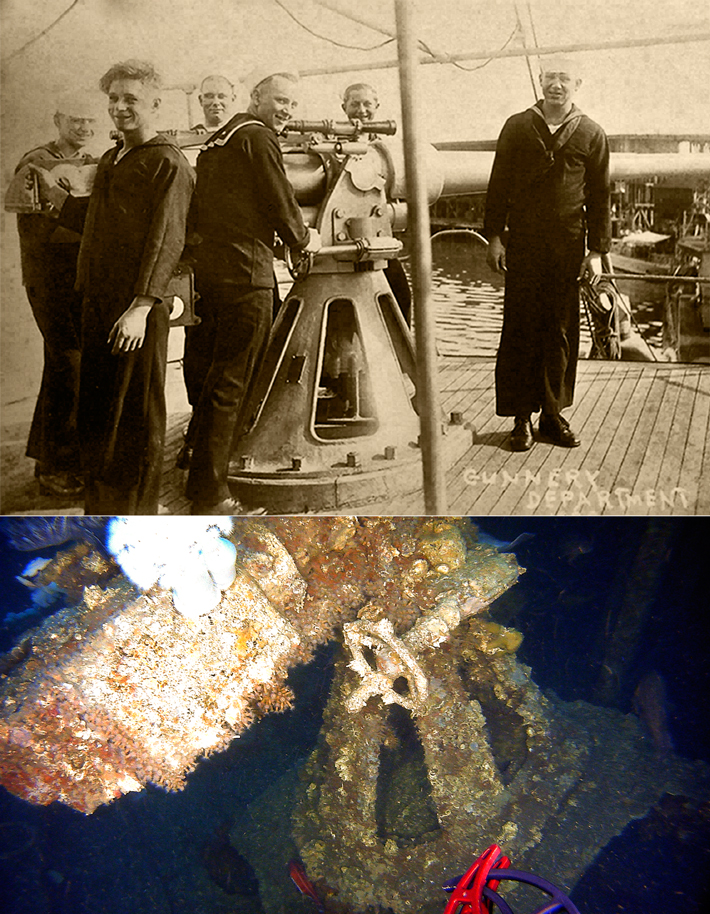 The disappearance of USS Conestoga, a seagoing U.S. Navy tugboat traveling from San Francisco Bay to American Samoa, gripped the nation in the summer of 1921. The ship and the 56 officers and sailors on board departed on March 25 but missed a planned stop in Hawaii on April 5. A thorough sea and air search found nothing, and the fate of the ship was unknown until last year, when researchers from the National Oceanic and Atmospheric Administration found a wreck in 189 feet of water near Southeast Farallon Island, just 20 miles from the Golden Gate. Video from a remotely operated vehicle has now confirmed the identity of the wreck, and based on its location and orientation, researchers concluded that the crew attempted to reach a cove on the island as shelter from rough seas.