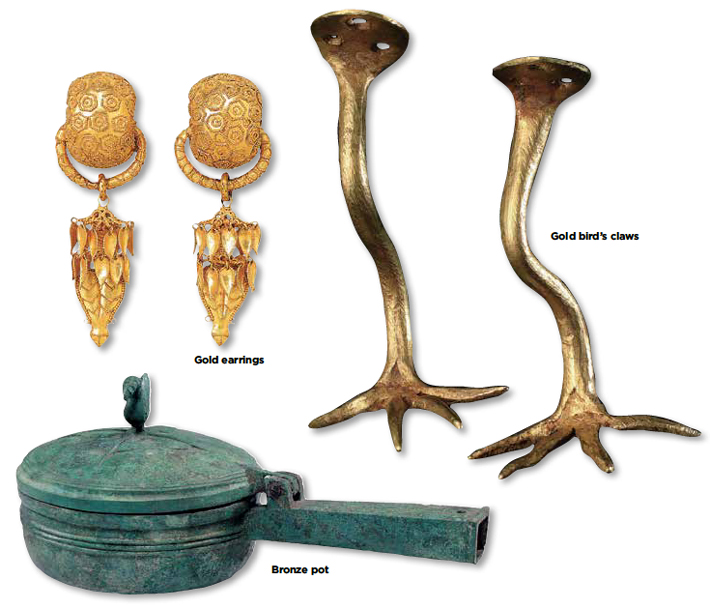 The Korean government recently designated as state treasures a group of sixth-century A.D. artifacts unearthed from a tomb dating to Korea’s Silla Dynasty (57 B.C.–A.D. 935). The tomb, which is located in Yangsan, South Gyeongsang, was first discovered during an archaeological exploration in 1990. Inside, archaeologists found the artifacts that gave it its name—Geumjocheong, “Gold Bird Tomb.” The relics include two extraordinary gold accessories shaped like bird’s claws, the first artifacts of this kind to be found in Korea. They are small, just over an inch long. The sharp claw tips, each a quarter-inch long, spread outward, as they would if a bird were about to take flight.

Researchers believe the claws were once connected to a figure of a bird’s body through three holes at the end of each one. The body, it is thought, was probably made of wood and decayed. Some ancient records indicate that people were buried with bird’s wings in their tombs, symbolic of the connection between this world and the next. Other relics from the tomb include a silver belt decorated with patterns of saw-toothed wheels, gold earrings with tortoiseshell designs etched on the surface, and a bronze pot used to boil or warm liquor, soup, or medicinal herbs.