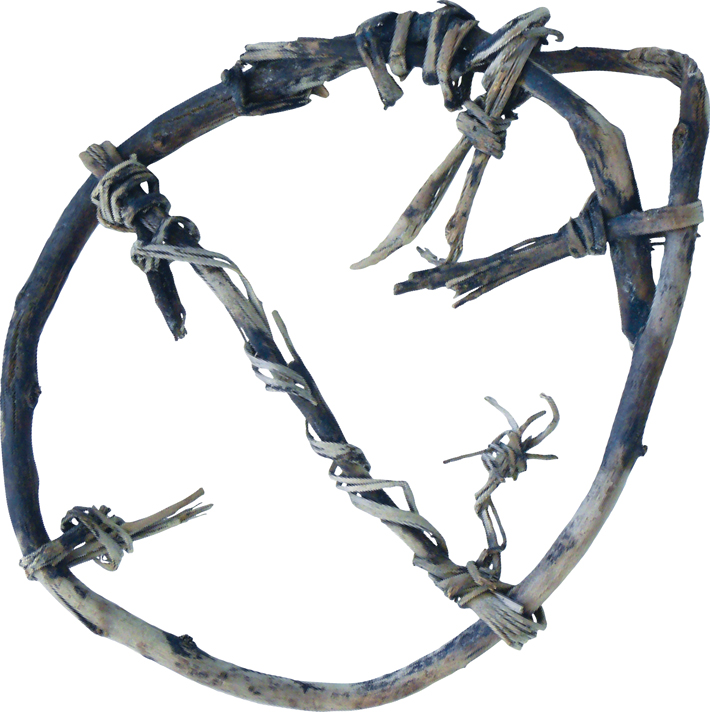 The most important thing when going for a hike is to be prepared—don’t forget to bring a decent map, drinking water, extra food, a hat and gloves, and to dress in layers. And if you’re planning to hike in snowy mountain passes, it’s best to wear snowshoes. Discovered at an altitude of more than 10,000 feet on the Gurgler Eisjoch Glacier, the world’s oldest snowshoe has recently been radiocarbon dated and found to be more than 5,500 years old. But according to archaeologist Catrin Marzoli, director of the Office of Cultural Heritage of the Autonomous Province of Bolzano, the technology hasn’t changed much over the millennia. “This Late Neolithic snowshoe is of a very simple, yet effective construction,” she says. “Until a few decades ago, in rural areas, snowshoes of this shape and material have been produced and used.”

Like their modern counterparts, the Neolithic inhabitants of this Alpine region were quite comfortable traversing what might seem to be a harsh and inhospitable landscape, although archaeologists are unsure why they would have undertaken these journeys. It may have been to hunt, to locate pastureland, to travel to neighboring areas, to flee from their enemies, or even to celebrate religious ceremonies, explains Marzoli. Yet whatever their reasons for venturing into the rugged terrain, this snowshoe demonstrates that they were properly equipped—at least in part—for winter on Europe’s high-altitude glaciers.