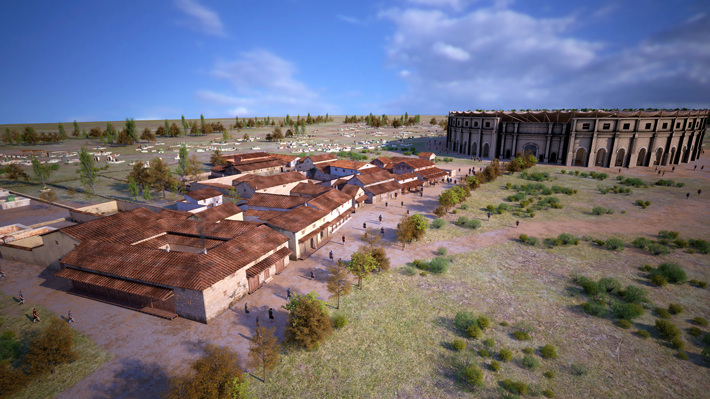 Today, urban sports arenas are often surrounded by restaurants, bars, and souvenir shops where crowds of people gather before and after an event. New research outside the amphitheater in the Roman city of Carnuntum suggests that the same was true 2,000 years ago. Located east of Vienna, Carnuntum was once one of the largest cities in the Roman Empire, although much of it is unexcavated and hidden from view. Over the past several years, Austrian archaeologists have been using high-resolution magnetometers and ground-penetrating radar to analyze the ancient city’s topography. A recent investigation detected an entire “entertainment district” surrounding Carnuntum’s suburban amphitheater. The scans revealed that the street leading to the amphitheater from the city was lined with an array of inns, shops, bakeries, and Roman “fast food” restaurants (thermopolia) that would have catered to the large crowds attending gladiatorial contests.