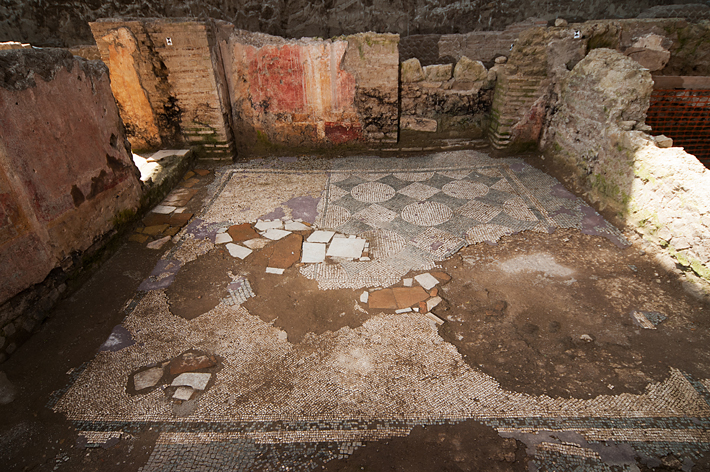 Authorities in Rome have approved a plan to build a metro station similar to underground “museums” in the metro systems of Naples, Athens, Porto, and Vienna. The Amba Aradam stop of the metro’s new “C” line will be constructed near the Colosseum around an impressive second-century A.D. Roman barracks. The ruins, covering some 10,000 square feet, were found about 30 feet below street level as excavations for the station began. The ancient complex includes a 328-foot-long hallway with 39 rooms decorated with frescoed walls and black-and-white mosaic floors. According to Rossella Rea, scientific director of the archaeological excavation, the site was the garrison of the Praetorian Guard, an elite security force for Roman emperors. A grave containing 13 skeletons, most likely of soldiers, was also uncovered, along with a bronze coin and a bronze bracelet. 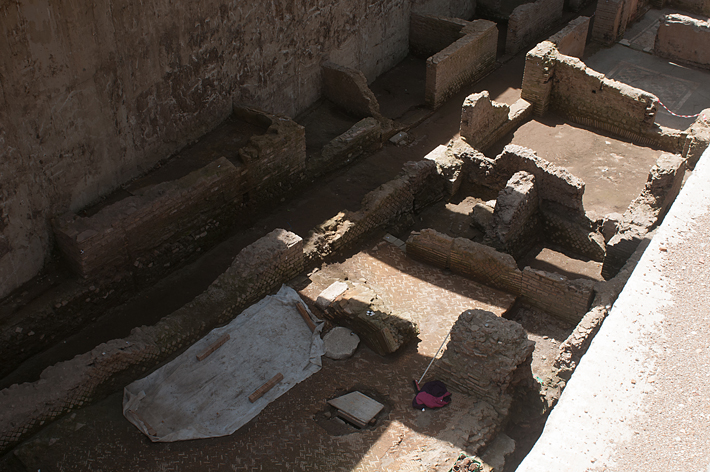 “The barracks were abandoned and completely forgotten in the third century A.D., when the Aurelian Walls were built to protect Rome against attacks,” says Rea. Now, after more than 1,700 years spent in oblivion, the garrison is poised to return to its original hustle and bustle—but not without precautions being taken. Project architect Paolo Desideri says, “The new line requires us to excavate to a depth of 130 feet, so the entire ancient Roman site will be moved and stored safely. Later, the barracks will be replaced at their original depth.” Passengers catching a train will be able to see the barracks through a large glass window. Desideri explains that the Aurelian Walls will also be exposed, so commuters can have the same view that people had in antiquity.