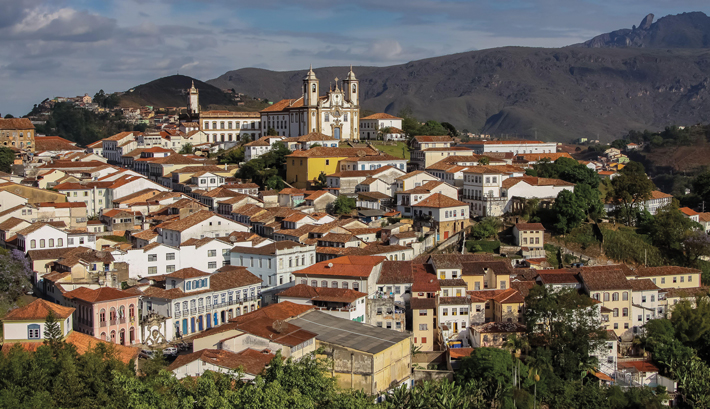 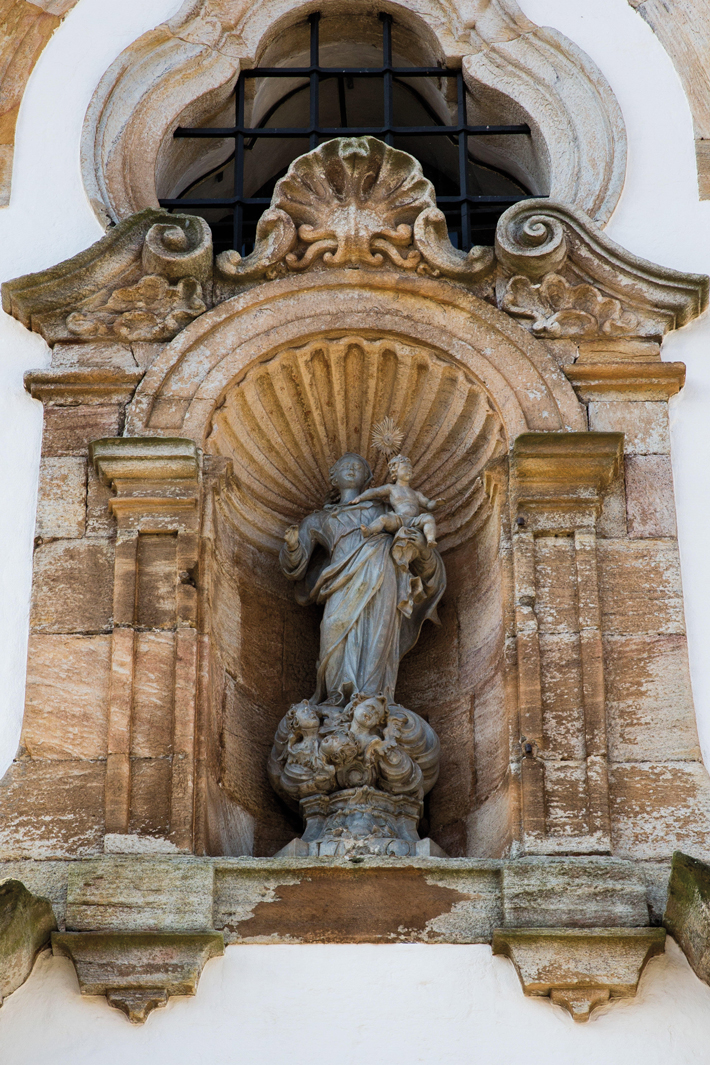 The mining city of Ouro Preto, in southeastern Brazil, is one of the best-preserved colonial settlements in the New World. Tens of thousands of Europeans, Africans, and Indigenous people flooded the mountainous region surrounding the city after major gold deposits were discovered there in the 1690s. In the late seventeenth century, the area was home to hundreds of Indigenous groups, mostly speakers of the Jê language group. At the end of the eighteenth century, when the area’s gold deposits began to diminish and profits dwindled, Ouro Preto was one of the wealthiest and most populous urban centers in South America. The city is noted for its baroque architecture and public artwork, much of which is attributed to the architect and sculptor Antônio Francisco Lisboa, more commonly known as Aleijadinho. It is also famous for its role in several important conflicts. These include the 1706–1709 War of the Emboabas, a struggle among competing factions of Europeans for control over land, slaves, and natural resources, and the 1789 Minas Conspiracy, a failed bid for independence from Portugal.

Archaeologist Luana Campos Akinruli of the Federal University of Minas Gerais says that while histories of Ouro Preto have focused on these Eurocentric events, archaeology has begun to shed light on the experiences of Ouro Preto’s African and Indigenous populations. “Recently, a panel of graffiti attributed to individuals living in a basement senzala, a slave quarters, was found in a building in the historical center,” she says. “It’s a treasure that can tell us much about the daily lives of enslaved African and Afro-Brazilian peoples.” Additional archaeological sites in Ouro Preto relating to mining, including the Chico Rei Mine and the Morro da Queimada Archaeological Park, present interpretations of colonial-era mining and the traditional African mining knowledge that was integral to the industry’s success. 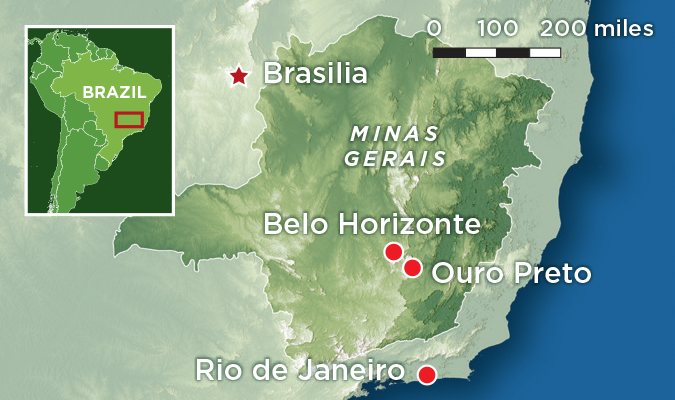 Walking tours of Ouro Preto are available from a number of outfits. If you choose to design your own route, however, anthropologist Manuel Lima Filho of the Federal University of Goiás suggests beginning at the Church of Santa Efigênia, an eighteenth-century baroque masterpiece on a hill overlooking the city. The construction of the church is believed to have been funded by—and the building has long been associated with—the city’s Afro-Brazilian community. From there, walk along the cobbled streets toward the Praça Tiradentes, the city’s main square, which is named for a martyr of the Minas Conspiracy. In addition to visiting the Chico Rei Mine and the Morro da Queimada Archaeological Park, Lima Filho recommends stops at museums devoted to the Minas Conspiracy and to the life and work of the architect Aleijadinho.

Drive just over two hours west of Ouro Preto to visit the Inhotim Institute, an open-air contemporary art museum and botanical garden that covers thousands of acres and features the works of renowned international artists.