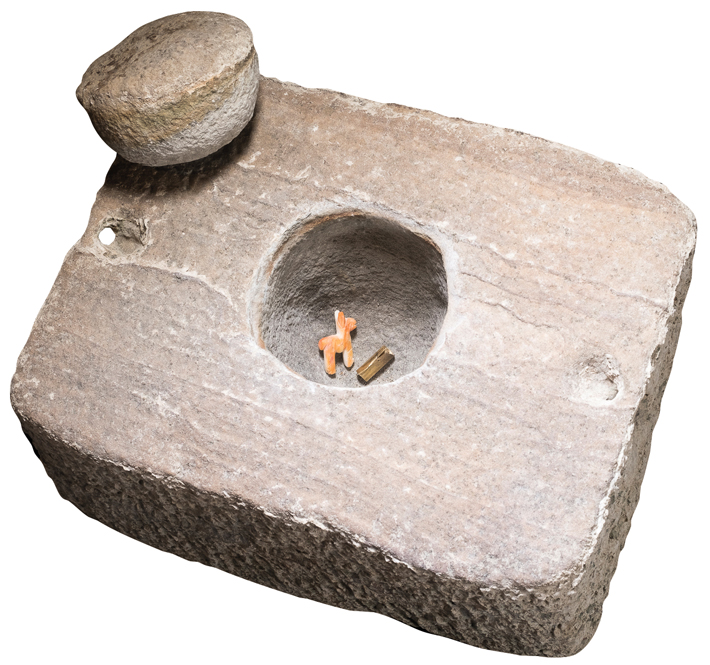 Five hundred years ago, someone stood in a rocking boat or on a swaying raft, grasped the ropes threaded through holes on the sides of a stone box, and lowered the box to the bottom of Lake Titicaca. It came to rest on the K’akaya Reef, where it remained undisturbed for centuries. When Université libre de Bruxelles archaeologist Christophe Delaere first saw the box during a dive on the reef, he was both excited and surprised. Similar boxes had been found on the Khoa Reef some distance away, but this was the first to be found at K’akaya—and, unlike the great majority of other such boxes found in the lake, it was still tightly sealed. Inside he found a gold cylinder and a tiny camelid carved from shell, symbols of the Incas’ affluence and power. “Camelids embodied wealth and were extremely valuable animals as they provided food, transportation, wool, and company,” says Delaere. “Gold was also very valuable, particularly as a representation of the sun god, Inti. The Incas identified themselves as the progeny of the sun, and the Inca emperor was seen as both the son of the sun and his incarnation.” Delaere and his colleague José Capriles of Penn State University suggest the gold foil roll may be a miniature version of a chipana, a type of bracelet worn by Inca noblemen on their right forearms, and that it may originally have been placed atop the camelid as a representation of a llama caravan and its cargo. 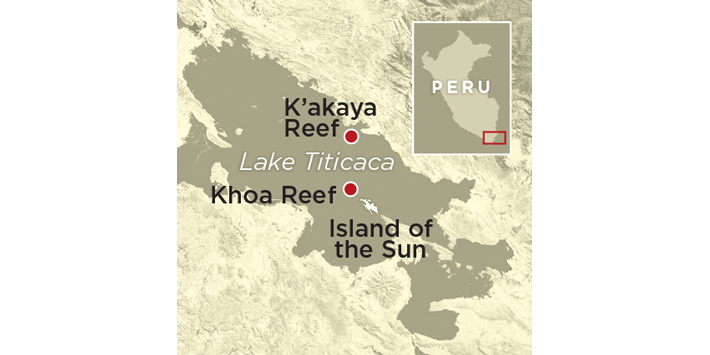 As the Incas’ birthplace, Lake Titicaca was a pilgrimage destination throughout the empire’s history, explains Capriles. But the journey to make such dedications was not an easy one. “It was likely very challenging to make an offering here,” says Delaere. “Even today, with wooden boats propelled by gas engines, it’s still difficult. It makes you think about the skill that Lake Titicaca sailors had, not to mention the complexity of their reef boats.”