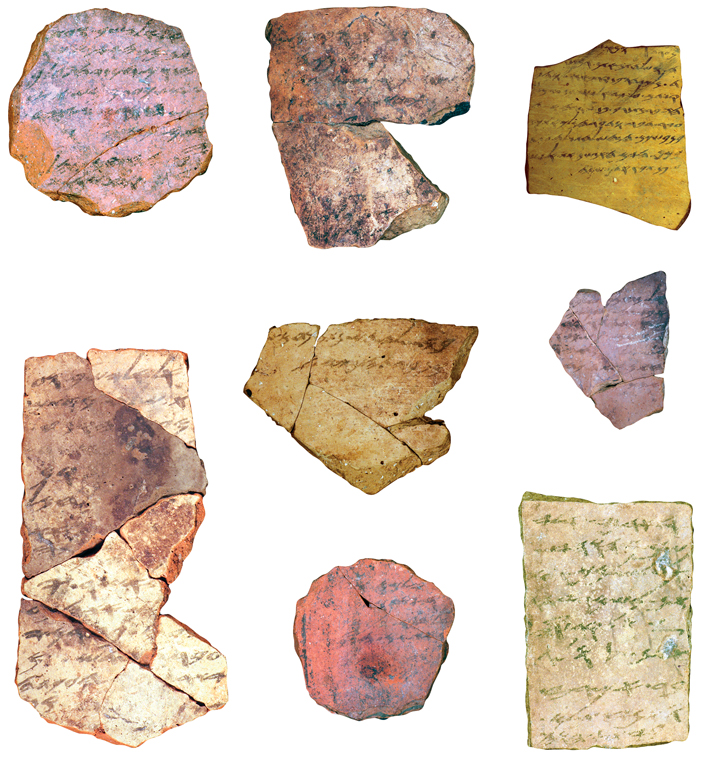 Scholars have long debated how widespread literacy was among the Israelites of the seventh century B.C., during the last decades before the ancient kingdom of Judah fell to the Babylonians and its people went into exile. If this were known, it could help determine whether certain books in the Hebrew Bible, such as Deuteronomy, Judges, and Kings, which narrate the kingdom’s rise, were composed—and possibly read by the broader populace—during this period. Now, a team of researchers at Tel Aviv University, including a mathematician and a police investigator, studying 2,700-year-old Hebrew inscriptions have found evidence of a surprisingly high rate of literacy at the time.

Convinced that modern technology can be used to decipher the past, the team developed algorithms designed to estimate how many different people contributed to a set of writings found at the site of Tel Arad, in the desert of southern Israel. First excavated in the 1960s, Tel Arad contains a military fortress that housed between 20 and 30 soldiers in the seventh century B.C. One of a series of fortresses throughout Judah, the Israelite kingdom that prospered in the late eighth and seventh centuries B.C., Tel Arad was isolated and distant from the capital in Jerusalem. This, explains archaeologist Israel Finkelstein, professor emeritus at Tel Aviv University, makes it a good laboratory for evaluating writing ability among average soldiers.

More than 100 inscribed potsherds have been unearthed at Tel Arad, representing the largest corpus of writings from Judah. These mainly consist of lists of food and other necessities or references to the movement of soldiers and supplies. “They are primarily mundane writings, similar to today’s Post-its,” says Arie Shaus, an archaeologist and applied mathematician at Tel Aviv University. Along with colleagues specializing in image processing and artificial intelligence, Shaus built a database of the stylistic similarities and differences among the letters in 18 of the Tel Arad samples, and developed algorithms to compare the inscriptions. These algorithms have determined that at least four, and possibly up to seven, different people produced the selected writing samples.

To provide another perspective, the team invited former Israel Police superintendent Yana Gerber, who spent 27 years evaluating handwriting for criminal cases, to examine the sherds. Gerber, who also has a degree in archaeology and ancient Greek, estimated that at least 12 different writers contributed to the collection. She based her conclusion on the general appearance and flow of the writing, as well as the spacing, slant, alignment, and size of the letters. “Experienced writers wrote the majority of the inscriptions,” Gerber says, “while a few demonstrate poorly trained hands.” Shaus believes that, at this point, Gerber’s analysis is likely more accurate than the algorithms’. He notes, though, that the algorithms’ usefulness will increase as data sets grow larger. “This was a small and challenging set of data for an algorithm,” Shaus says, explaining that many of the Tel Arad inscriptions were not in good enough condition to analyze. “If you had more data to train it, that would help.”

If Gerber’s interpretation of the Tel Arad inscriptions were applied throughout the kingdom of Judah, which was home to around 100,000 people in the seventh century B.C., it would suggest, Finkelstein says, that “at minimum, several hundred people knew how to write.” He notes that this would add credence to the idea that the Biblical historical texts were written before the Babylonian conquest in 597 B.C. The team’s findings also reveal that the ability to write was not confined to royal scribes, but had spread to at least some in the military ranks. “It reflects on the development of a writing culture in the kingdom,” says Finkelstein. This level of literacy, the researchers suggest, could also indicate an environment ripe for the dissemination and appreciation of these texts among the Israelites.