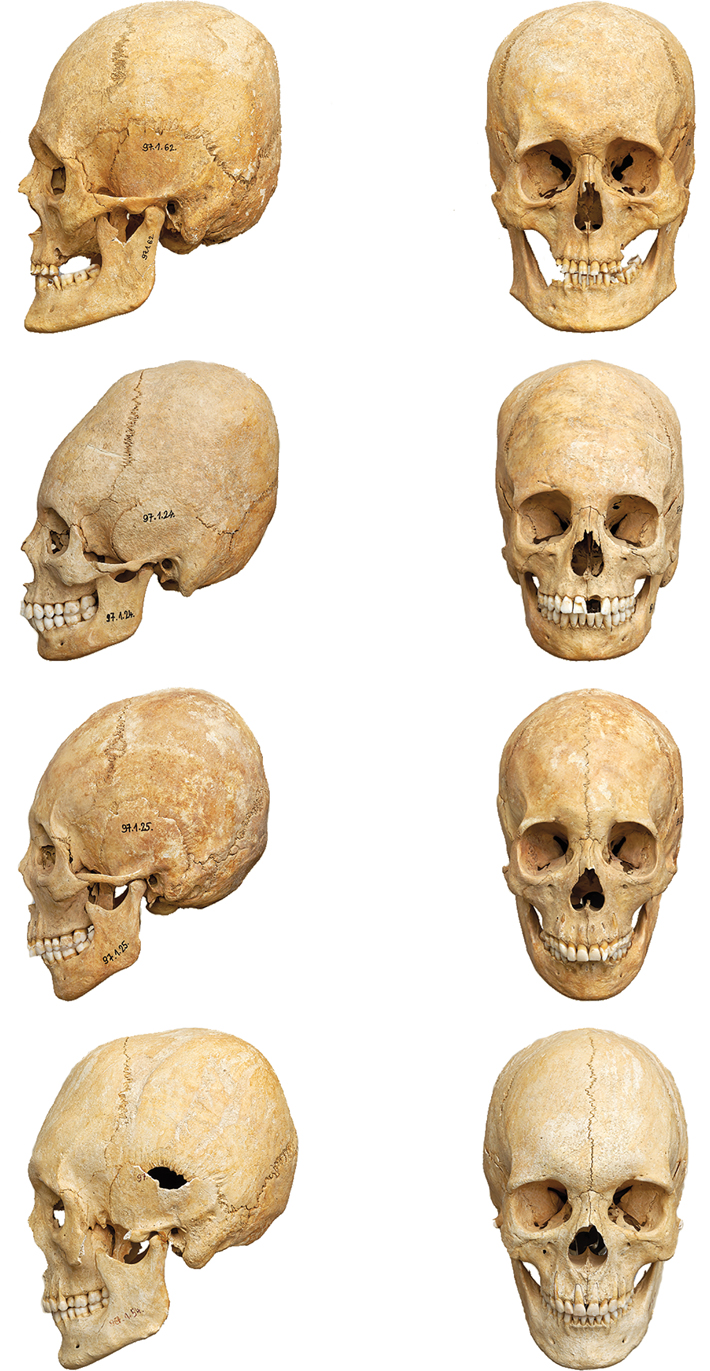 When archaeologists first excavated a fifth-century A.D. cemetery in Pannonia, an ancient Roman province in present-day western Hungary, they found that a large portion of those buried there had intentionally deformed skulls. In all, 51 of 96 men, women, and children interred in the Mözs-Icsei dűlő cemetery between around A.D. 430 and 480 had elongated, oblong heads.

To learn more about the people buried in the cemetery, Zsófia Rácz, an archaeologist at Eötvös Loránd University, and her colleagues performed isotope analysis on samples taken from the skeletons’ bones and teeth. The results showed that 23 of the people had strontium isotopes that are not found locally, suggesting that they came from elsewhere. All these newcomers had modified skulls, leading Rácz and her team to conclude that this practice was imported and introduced to the local Pannonians, some of whose skeletons also have oblong heads.

The researchers aren’t certain why skull modification took hold in this region of the Carpathian Basin after the fall of the Roman Empire, but Rácz speculates that the unusual skull shapes may have been a way of cultivating group identity. “This kind of modification can be a tool for creating or maintaining different social identities,” she says. “It may signify status, ethnicity, familial affiliations, or communal affiliations.”