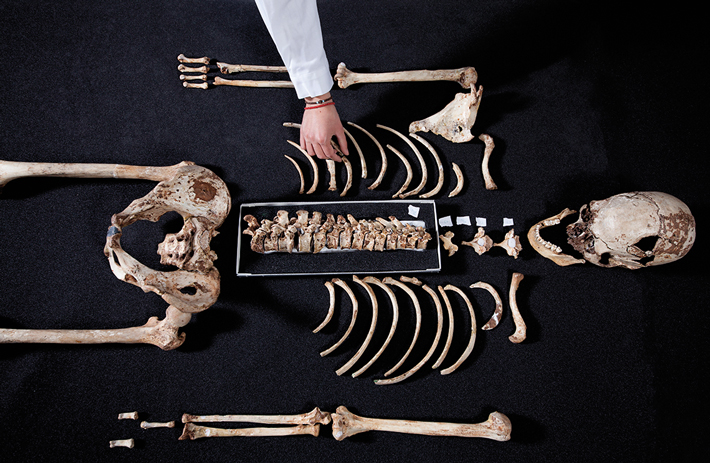 When Europeans shifted from being mobile hunter-gatherers to settled farmers, their average height declined by just over an inch, according to a new study of 167 skeletons ranging from 38,000 to 2,400 years old. The analysis, which controlled for genetic factors and examined indicators of health in the bones, supports the idea that the transition to an agricultural lifestyle had serious consequences. Height is a good proxy for the way nutrition and disease impact a person’s overall health, explains anthropologist Stephanie Marciniak of Penn State University. “Height really represents a snapshot of a very dynamic and very nuanced process,” she says. The researchers found that the average person still had not regained the lost inch as of about 2,400 years ago.

A second study by a research group based in Germany identified other effects of the transition to farming. This team examined the genomes of 827 ancient individuals dating to as long as 50,000 years ago, as well as genomes from 250 modern Europeans. They observed a similar drop in height resulting from the adoption of farming around 10,000 years ago, as well as an increase in risk factors for coronary artery disease. However, they found that genetic markers of greater intelligence also increased.