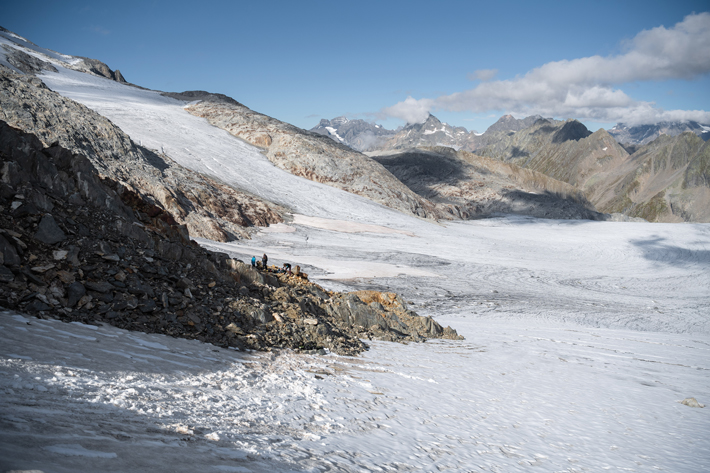 In the winter of 2013, amateur geologist and expert crystal hunter Heinz Infanger was backcountry skiing in the mountains of central Switzerland’s canton of Uri when he came upon a rich vein of rock crystal exposed by a retreating glacier. Infanger soon discovered antler tools, wood fragments, and rock crystal artifacts, which suggested the outcropping had been visited by crystal hunters in the distant past. He reported his discovery to local heritage authorities, and a team led by archaeologist Marcel Cornelissen of the Institute of the Cultures of the Alps visited the site and conducted a thorough excavation. The team determined that hunter-gatherers living during the Alpine Mesolithic period (ca. 9000–5500 B.C.) visited the site as recently as 5900 B.C. and extracted rock crystal from the vein, after which it was covered by the advancing glacier. The closest known Mesolithic encampments are a two-day trek from the outcropping. Cornelissen and his colleagues have embarked on a broader field survey of the area, where warming conditions may have exposed more sites dating to this little-understood period.