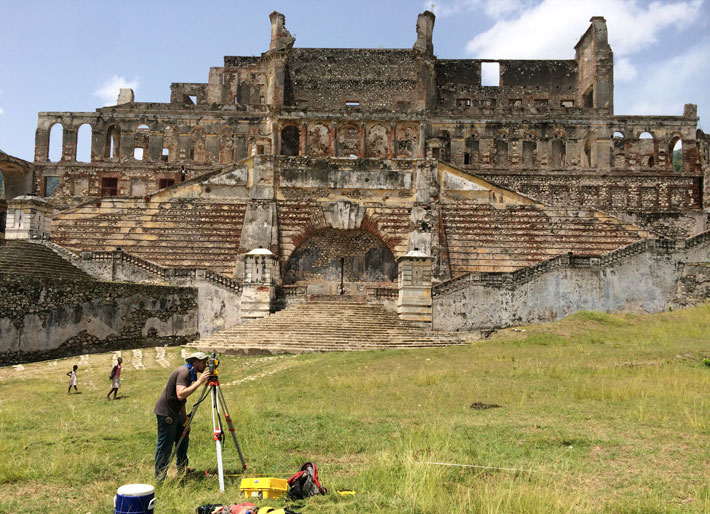 Archaeological digs have been rare in Haiti because of its political and civil instability. But last summer, a team led by J. Cameron Monroe of the University of California, Santa Cruz, began excavation at the Sans-Souci Palace in the town of Milot. The palace was built in the early nineteenth century by Henri Christophe, who took control of the northern part of the country in a civil war that broke out after independence from France.

The team located a major structure below the palace complex that they believe is an early phase of construction. Under it, they found a midden filled with domestic objects from the mid- to late eighteenth century, including ceramics imported from France and England, locally made tobacco pipes, and Afro-Caribbean potsherds.

Monroe believes the midden was most likely a trash dump from the colonial-era Milot Plantation, whose precise location has eluded researchers, and that its presence suggests that Christophe may have chosen to build his palace directly over the plantation. “The Haitian revolutionaries absolutely detested the French colonial presence,” he says. “So one could argue that building on top of the thing is a way of erasing that legacy from the landscape.”