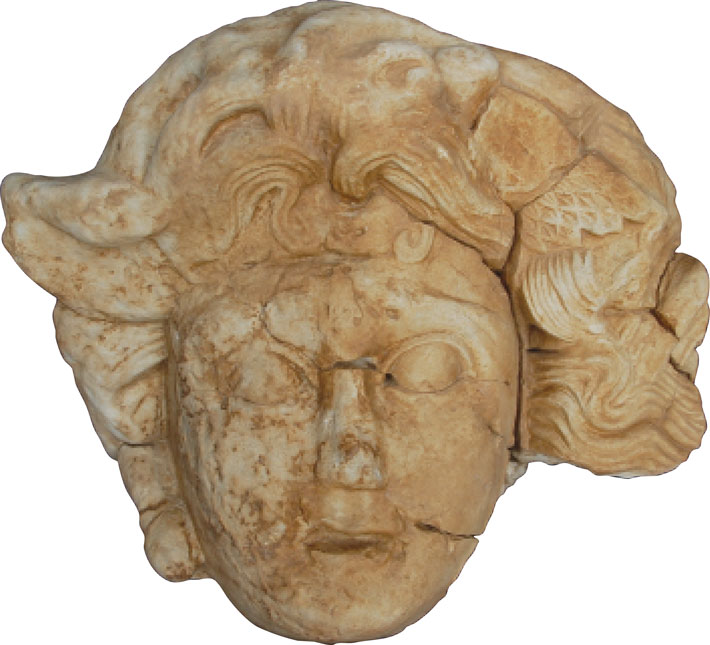 In the fourth century A.D. Christianity became the official religion across the Roman Empire, which, at the time, extended from Britain to North Africa, and from Spain to Mesopotamia. In some locations, the new faith brought with it a desire to eradicate the symbols of the past. By its very nature, iconoclasm can be difficult to find in the archaeological record. At the small city of Antiochia ad Cragum in Rough Cilicia, an image of the snake-haired gorgon Medusa survived the fourth- or fifth-century destruction of the earlier Roman building it once adorned. “It was fortunate that we found the Medusa head,” says Michael Hoff of the University of Nebraska, who, with Birol Can of Uşak University, excavated the sculpture. “The folks living in Antiochia ad Cragum in the late Roman period took to heart their desire to fulfill the first commandment and get rid of these pagan images.” From the beginning, Cilicia, the birthplace of St. Paul, was a region deeply invested in Christianity.

The residents of Antiochia ad Cragum were also “killing two birds with one stone,” says Hoff. His team has found a kiln at the site filled with fragments of monumental sculptures in the process of being heated to be used as quicklime for concrete. “For some reason the Medusa, which was once attached to the building’s pediment, of which we have found other sections, just didn’t make it into the kiln,” he says. “We also have a lot of statue bases with no statues, and I don’t think we’ll find them.”