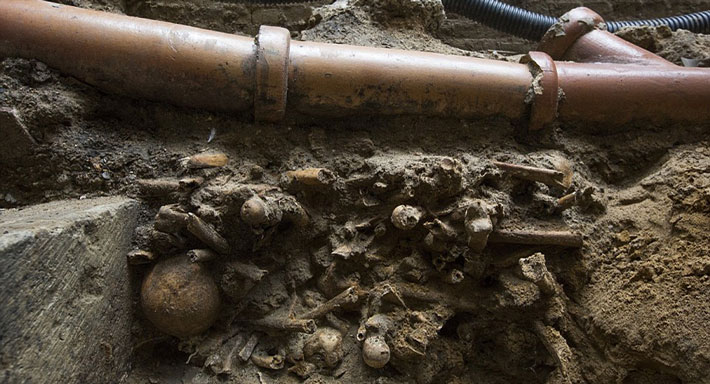 When King Henry III’s (A.D. 1216–1272) workers began the monumental foundations for a Gothic-style Westminster Abbey, they encountered burials dating to early periods in the abbey’s history. They stockpiled the remains and reburied them in charnel deposits in an area that was likely a monastic burial ground. Now excavations in preparation for the building of a new Gothic-style tower have rediscovered these bones, as well as 19 other burials in both cist graves and coffins, under a Victorian-era drainpipe. The burials likely date to between A.D. 1000 and 1250, and will provide important evidence of early medieval life at the abbey.