Gabriel Prieto originally planned to excavate next to a church in Huanchaco, on Peru’s north coast. Three days before he was to begin, he was notified that it was no longer possible—Pope Francis would be visiting in January 2018 and preparations needed to be made. After first digging in the middle of a street, where he found mostly looted burials, eventually Prieto secured a new site in a nearby schoolyard. There, in layers undisturbed by either looters or modern activity, he excavated a cemetery more than 10 feet deep in which he found evidence of some of the least-known periods of ancient Peruvian history. “This unplanned discovery proved to be the best discovery I have made in the last five years,” says Prieto. 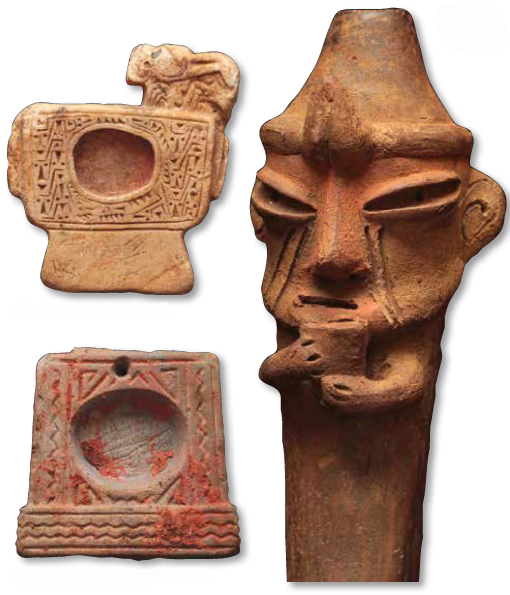 Some burials date to the Gallinazo or Viru period (200 B.C.–A.D. 550), a time when locals competed with the Moche for territory and resources, explains Prieto. The richest deposits date to the Salinar period (400–200 B.C.). These contain gold artifacts, ritual paraphernalia, and a stone mace head, as well as skeletons exhibiting severe injuries. “Salinar was a period of violence and social conflict,” says Prieto, “but this unusual concentration of high-status burials suggests that even at fishing settlements like Huanchaco, social differentiation was evident.”