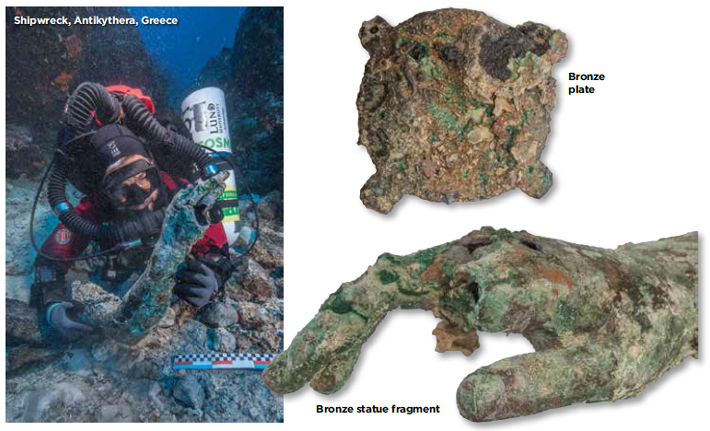 The ship that sank in 65 B.C. off the coast of the Greek island of Antikythera and that once held the famous mechanism that ancient Greeks used to plot the motion of celestial bodies has yielded intriguing new discoveries thanks to a customized metal detector put to use in the 2017 field season. The team turned up a bronze plate decorated with a bull, and an arm from a previously unknown bronze statue, which joins seven to nine other statues previously found at the underwater site. According to the project’s codirector Brendan Foley of Lund University in Sweden, who is working in cooperation with Angeliki Simosi, director of the Ephorate of Underwater Antiquities, the new finds hint that there may be even more ancient Greek artwork lying beneath the sand.