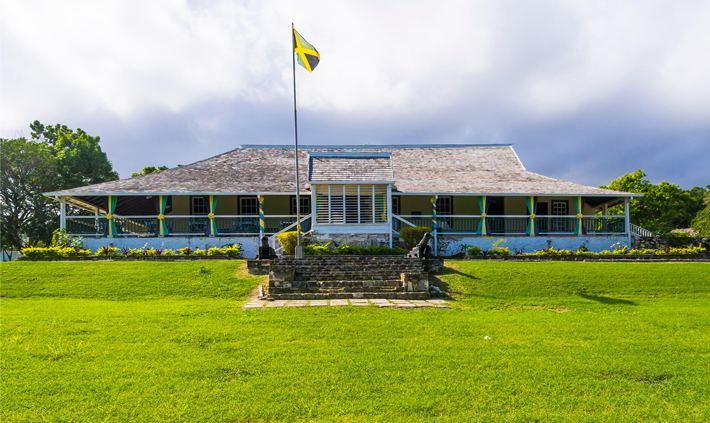 Overlooking the Caribbean Sea, just outside the town of Saint Ann’s Bay on Jamaica’s north shore, Seville Heritage Park encompasses thousands of years of the island’s history. The 300-acre property has been settled during every period of Jamaica’s human occupation. It contains the remains of Maima, an indigenous Taino village that Christopher Columbus encountered upon first landing in Jamaica in 1494. In 1509 the Spanish founded their first colonial capital there, which they called Sevilla la Nueva, before abandoning it in 1534. England invaded Jamaica and wrested control from Spain in 1655. As a reward for service to the army during that campaign, English captain Richard Heming was given the land. In 1670, he established a sugar plantation that, until emancipation in 1838, was home to an average of 275 enslaved African Jamaicans in any given year. The majority of that community lived in a village behind the eighteenth-century “Great House,” the planter’s residence built in 1745 by Heming’s grandson. The house still stands and is now a museum that tells Seville’s story. Claudette Anderson, Jamaica National Heritage Trust operations manager, explains that Seville can be seen as the birthplace of modern Jamaica, a spot where the nation’s identity was forged. “We interpret the lives of people from four cultures,” she says. “The Taino, African people, the British, and the Spanish: They all make up who we are as Jamaicans today.”

The Great House now hosts Seville’s museum, and has an exhibit covering Jamaica’s history from the earliest evidence of human presence in the area, about A.D. 650, to the beginning of the twentieth century. A guided tour includes a visit to reconstructions of both the Taino and the enslaved African villages, and remnants of the plantation, such as a massive water wheel used to pulp sugarcane. Though Seville doesn’t currently offer a tour of the remains of the Spanish capital, which include the ruins of the governor’s mansion and a sixteenth-century church, the staff tries to accommodate groups of interested travelers who call ahead. 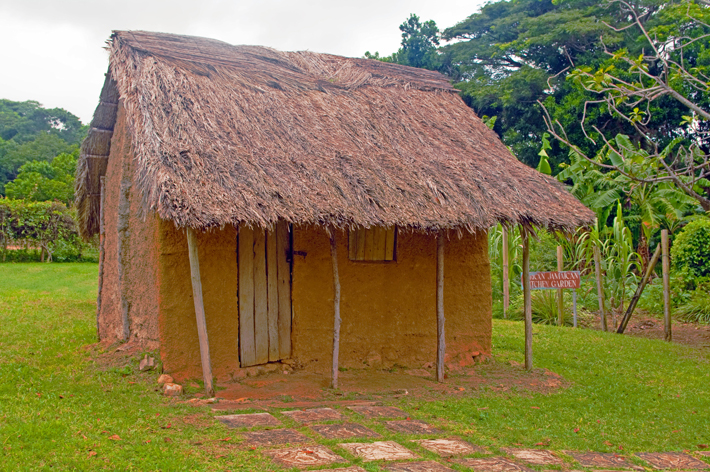 Begin your visit in Seville’s Great House, which gives you a historical overview of the site and displays artifacts uncovered by archaeologists. From there, take advantage of a guided tour or a tour of the property on horseback. About a 20-minute drive west, travelers can also visit the Green Grotto Caves, a complex thought to have been used for shelter throughout the centuries by native Tainos, escaped slaves, and smugglers.