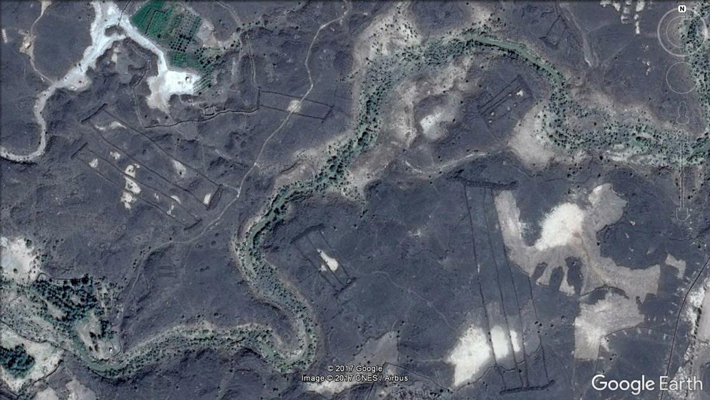 Archaeologists working with aerial and satellite technology have discovered nearly 400 stone structures in a sparsely populated region of Saudi Arabia called Harrat Khaybar, dominated by now-inactive lava mounds. They estimate that the structures, which they call gates, date to the Middle Neolithic period, roughly 7,000 years ago. David Kennedy of the University of Western Australia explains that while the landscape now appears forbidding, the area has supported human communities in periods between eruptions. “The most recent eruption, as visible from the lava flow, was quite limited in its direct impact,” he says. “People lived there before recent times.” Kennedy has not been able to determine the function of the structures from satellite images alone. “I usually look for a simple solution,” he says. “In this case I would prefer an explanation related to everyday concerns such as food and water.”