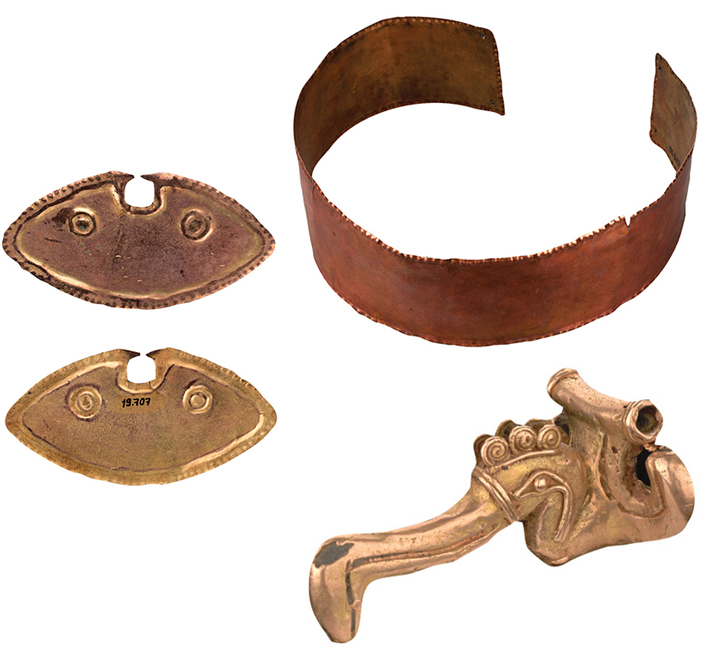 Gold is generally thought to have been prized by people throughout human history, and researchers have discovered that the Nahuange, who lived in northern Colombia during the first millennium A.D., intentionally treated gold jewelry to turn it a pinkish orange. Marcos Martinón-Torres of University College London and Juanita Sáenz-Samper of the Museum of Gold in Colombia analyzed 44 Nahuange artifacts in the museum’s collection that were made from tumbaga, a gold alloy containing a substantial amount of copper.

All the objects were initially subjected to “depletion gilding,” in which copper is removed from the surface through hammering, annealing, or both, producing a golden surface that belies the metal’s true contents. This gilding was later deliberately removed, bringing out the copper’s pinkish tones. “We suggest that at a particular moment, it was desirable for an object to be golden, and at a later point, it was desirable to have the gilding removed,” says Martinón-Torres. He adds that red has been associated with the feminine in the region, so objects may have been turned pink when a woman took ownership of them or when a female owner entered puberty.