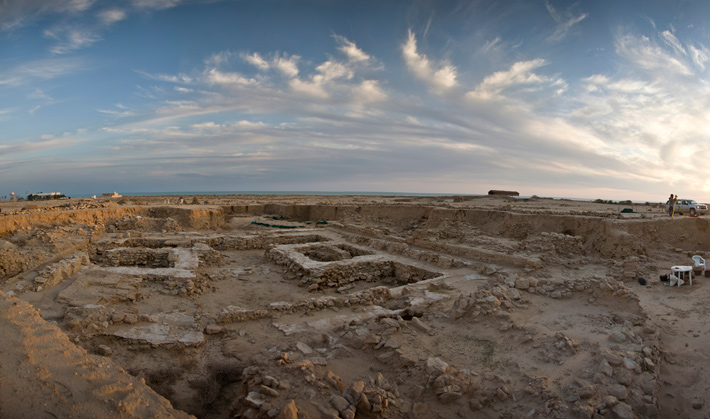 The oldest settlement on Failaka was long thought to have been founded in about 1800 B.C. by the Dilmunites, a maritime people who likely hailed from what are today’s Bahraini and Saudi Arabian coasts, and who controlled Persian Gulf trade. But on Failaka’s southwest corner, a team from Denmark’s Moesgård Museum has uncovered evidence that Mesopotamians arrived at least a century before the Dilmunites. The finds are centered on a recently unearthed Mesopotamian-style building typical of those found on the nearby Iraqi mainland dating from around 2000 B.C. The structure was later partially covered by a Dilmunite temple. 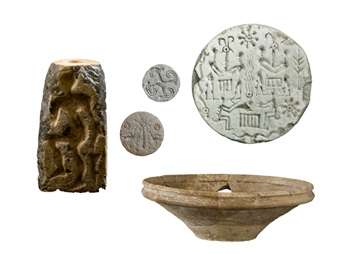 There the Danish team excavated an ostrich egg, a shell ladle of Indian manufacture, and pottery similar to that found in what is today Pakistan. These discoveries attest to a vibrant mercantile business run by Mesopotamians themselves, rather than Dilmunite middlemen. The most telling artifacts were four cylinder seals of the type used by scribes to identify Mesopotamian traders and their goods during the end of the third millennium b.c. These seals, found within the building, demonstrate the port’s importance during this first era of global trade. “This is not just a fishing village,” says team director Flemming Hojlund. Instead, the team’s work suggests that Mesopotamians, far from being passive consumers of foreign goods brought by distant seafarers, were active participants in the sea trade.