The Square Inside Avebury’s Circles 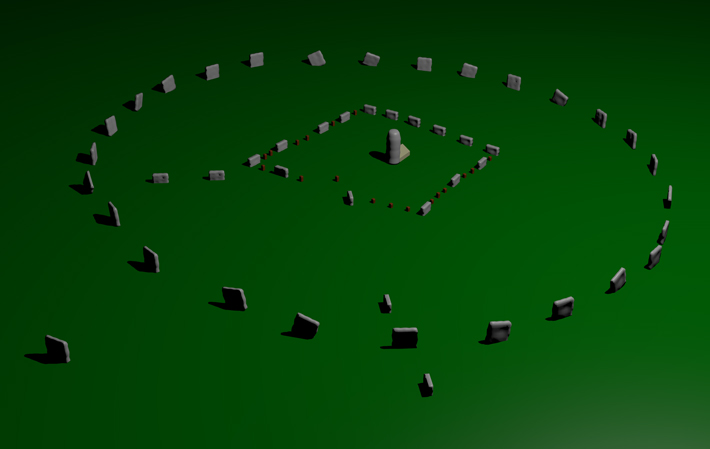 Avebury, the Neolithic monument just north of Stonehenge, may be best known for its outer stone circle, the largest of its kind in Europe, which encompasses the entire site. Archaeologists have now discovered that within one of its inner circles, there was an earlier, square formation. Using radar technology, they have identified evidence of an arrangement of stones that they believe commemorated the footprint of a Neolithic house, a structure built as early as 3500 B.C. While past theories have postulated that Avebury was constructed from the outside in, these findings suggest the site instead sprang from a single building. “One interpretation is to see it like ripples on a pond,” says Mark Gillings of the University of Leicester. “The house decays, its position is marked with a huge standing stone, and its orientation and shape are marked by the square. It may have been 300 years after the house was built that they decided to memorialize it,” he explains. “By that stage it might have even been an ancestral place that had slipped into myth and legend.”