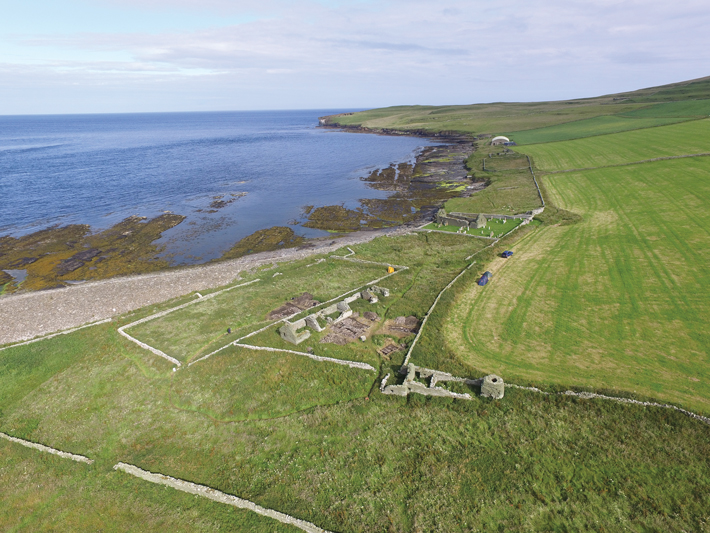 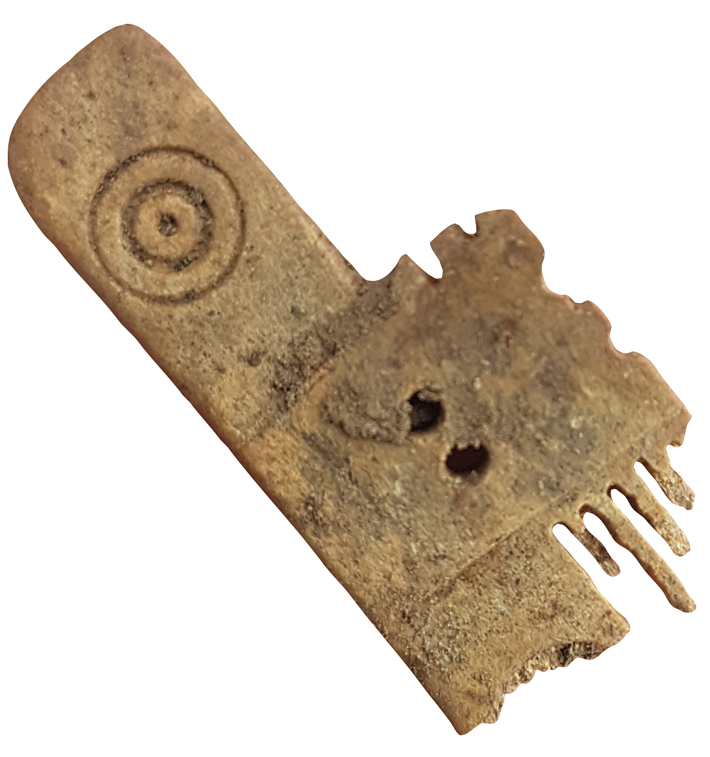 The Orkneyinga Saga, a thirteenth-century narrative history of the Norse earldoms of the Orkney Islands, in present-day Scotland, names Westness, a settlement along the coast of the island of Rousay, as the home of the chieftain Sigurd. Archaeologists working in the area have uncovered a Viking hall dating to sometime between the tenth and twelfth centuries at a farmstead called Skaill—the Norse word for “hall.” The stone building, which appears to be more than 40 feet long, is oriented down the sloping landscape toward the sea. Stone benches line the sides of its interior, where the team also found Norse artifacts such as steatite vessels, a bone spindle whorl, and a fragment of a carved bone comb. Skaill was likely the site of a dwelling of a chieftain or earl, says archaeologist Ingrid Mainland of the University of the Highlands and Islands, though it’s unclear whether Sigurd himself raised a cup here.